The tyrant that ‘discovered’ America 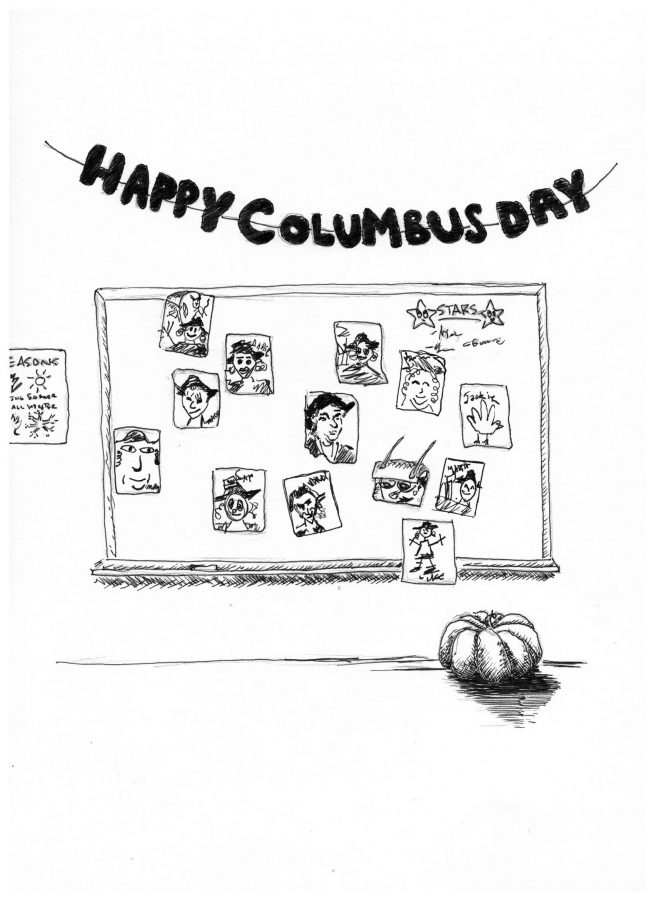 “In fourteen-hundred-ninety-two, Columbus sailed the ocean blue .” This rhyme offers not only a handy mnemonic to enterprising young schoolchildren looking to ace their history quiz, but also the only part of the story of Christopher Columbus rooted in fact — a story that is mired in subjugation and brutality towards indigenous peoples.

This October 9th, the United States will celebrate Columbus Day, and our youth, as they have been for decades, will be taught about the dedication of a man who set out into the unknown ocean to the west, found America, and opened a world of trade for Europe through his act of heroism. But this story rewrites history and sanitizes brutality and violence — we make children’s books and Schoolhouse Rock songs about a despotic explorer that committed genocide.

Upon Columbus’s arrival and subsequent wrecking of the Santa Maria, the native Arawaks worked tirelessly to save the crew and cargo on board. Columbus, astounded by their subservient work ethic, wrote, “They would make fine servants…. With fifty men we could subjugate them all and make them do whatever we want.”

In his returning voyages, Columbus had captured nearly 1,500 enslaved islanders to be sold in European markets, rewarded crewmen with Taino children as sex slaves, and allowed his men to feed babies to their war dogs for sport. Within two years of his “discovery,” 125,000 natives, or half of the population on Haiti, were dead.

Despite this, the revisionist history of Columbus is an institution in American education. People feel content to commemorate his discovery and ignore the atrocities he committed.

When Spaniards crossed the Atlantic and did much the same to the Aztec and Incan Empires, they were branded in history as conquerors. Why is it then, that Columbus is a ‘brave explorer’ that deserves his own federally recognized holiday?

The only argument that approaches reasonable justification of the holiday is that it is the only American holiday celebrating Italian heritage — I say approaches, as this reveals another misconception about the man. Columbus proudly identified himself as being a native of Genoa, an independent republic on the Italian peninsula with its own language and currency; While it is now a part of Italy to say Columbus is of Italian heritage is the same as saying Sacagawea was a proud woman of Idaho.

With the United States finally waking up to the ramifications of how we view our nation’s Confederate history, we must further reflect on those that we revere and celebrate. Figures of our nation’s past championed for progress and discovery likely had, from our modern perspective, offensively backwards opinions as a product of their time — even our founding fathers had slaves.

But the case for an overzealous tyrant like Columbus is out. Every year we honor Columbus Day is a sign of this nation’s ignorance and disrespect for the plight of its indigenous people, and we must look back and decide if we will continue to memorialize the legacy of the first American oppressor.

Kunz is an English freshman from New Braunfels.