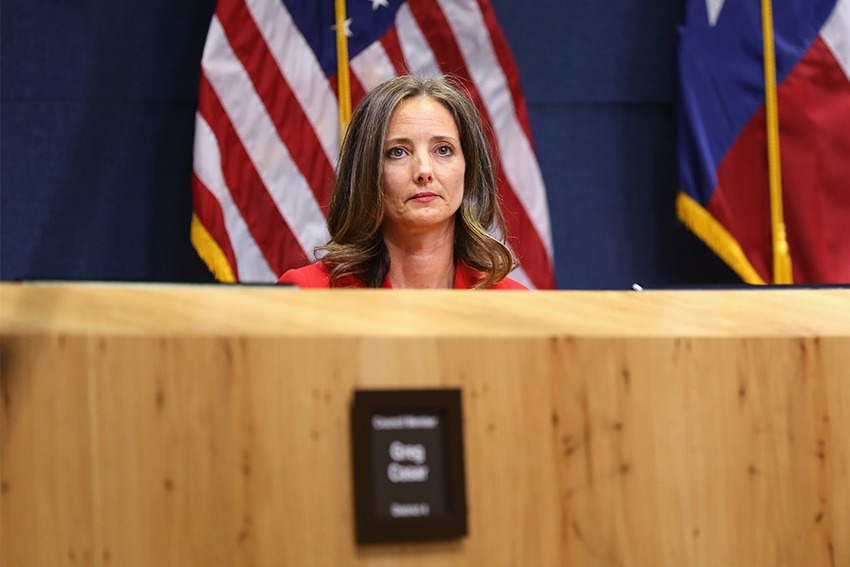 The City of Austin is now looking into ways to waive the requirement for students to have a co-signor for leases when using financial aid to pay for housing.

In a resolution passed last week by the City Council, the city manager was tasked with finding viable options for assisting students in guaranteeing a lease. The city manager has until Jan. 19, 2018 to report back to the Council with their findings.

When filling out a housing application, individuals must often either have credit or a “guarantor” who can co-sign the lease. Guarantors provide the housing authorities a contractual assurance that if the resident cannot pay rent, the guarantor will.

Mayor Pro Tem Kathie Tovo, sponsor of the resolution, said students often have not developed credit of their own. Simultaneously, those who are relying on financial aid might lack a parent or other relative who can guarantee their lease, Tovo said.

“It’s an important (issue) to talk about,” Tovo said. “There are some students who might have challenges finding an apartment if they have a parent without a credit history or with a credit history that causes issues to that student, yet that student may have financial aid that will more than cover their rent.”

Students have been a protected class under the city’s Fair Housing laws for years, so Tovo said she’s glad they are continuing to make it easier for students to obtain housing in Austin.

Micky Wolf, student body vice president, approached Tovo’s office about this resolution in the spring. He said the issue of helping students who lack a guarantor was part of the platform he and student body president Alejandrina Guzman ran on earlier this year.

“(This) is something that goes a really long way toward making campus both more accessible and more affordable for students,” said Wolf, Plan II and business honors senior.

The resolution also tasks the city manager with working with higher education institutions in the area to develop a tenants’ rights education and awareness program for students.

The Austin Apartment Association, which represents apartment owners, signed on in support of the resolution prior to its passage. Paul Cauduro, director of government relations for the association, said his organization did not even realize students were facing this issue.

“We’re more than willing to help work with the city on fixing any wrongs that may be occurring,” Cauduro said. “We look forward to delving into a little more what this is all about.”

Austin Tenants’ Council, which focuses on tenants’ rights, was excited to hear about this resolution since members have often heard stories of students facing this issue, said executive director Juliana Gonzales.

Gonzales said at the same time, she fears the education portion of the resolution will fall to the wayside.

“We really need to make sure the city manager is accountable for following up on (the second) part of the resolution,” Gonzales said. “I’d be curious to hear, come January 2018, what is the city manager going to recommend in terms of those tenant education processes for kids, and how are the higher education institutions going to be compelled to participate in those programs?”