Respecting the significance of queer spaces 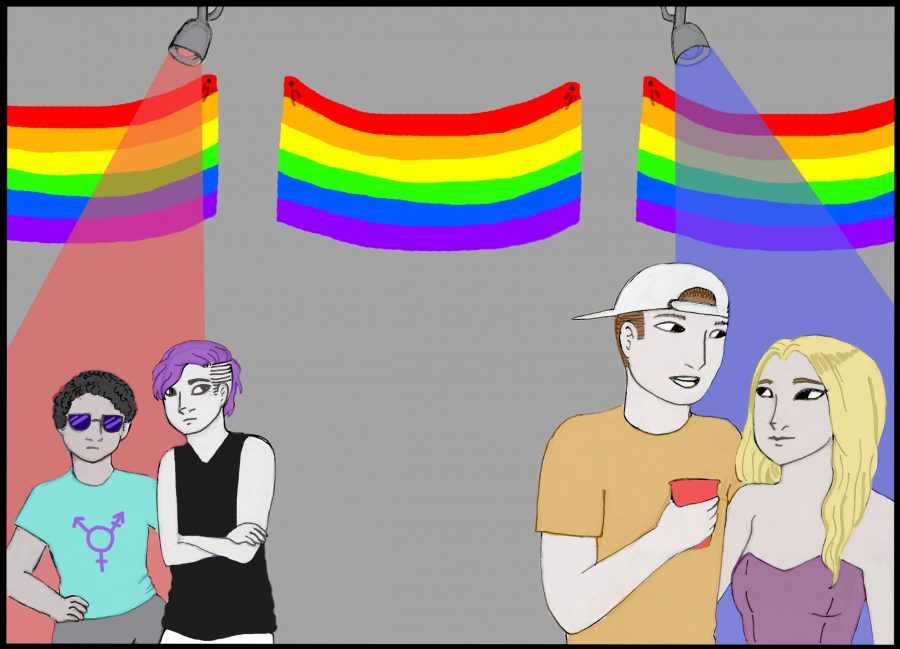 Gay clubs have recently become popularized in mainstream pop culture. The vodka-infused drinks, lively ambiance and ability to engage with other queer folk while an ongoing loop of songs by pop divas plays in the background keep the queer community coming back for more. As a queer person and avid gay club goer myself, I’ve spent many long nights on the dance floor of these clubs with my queer friends. We come to celebrate our queer identities, culture and immersion in a bubble where we feel safe — often an antithesis of the real world.

Taking my straight friends to gay clubs can often be a pleasure, because they understand the nuances of queer culture and show appreciation toward it while respecting boundaries. But gay club patrons are concerned by the invasion of their spaces by straight people. I’m not talking about bisexual folk, or people questioning, but the overtly stereotypical straight men and women who use queer culture as an accessory or to harass queer men and women and ignore queer club etiquette. Many straight people need to tone it down. They need to respect the history of these spaces as well as the stream of queer folk who routinely attend for pleasure.

“I feel like for a lot straight people, gay bars and queer clubs are a trend,” Highland Lounge patron Karis Amaya said. “For them it’s like a tour stop, it’s like no big deal. But for someone who is queer, it’s everything … It’s our space.”

This sentiment is echoed in New York Times article “How Gay Should a Gay Bar Be?” in which queer men feel as if they’re being stereotyped, particularly by women. “They think of us as ‘fun’ and ‘free,’” said Vin Testa, an educator in Washington, D.C. “It seems like they’re coming in to find their next accessory, like a new handbag.”

This issue of aestheticizing LGBTQ spaces marginalizes the historical spaces bars and clubs have been for queer relief. The LGBTQ rights movement was born out of Stonewall in 1969 — now a U.S. national monument — and prior to that, underground clubs and bars were a sole place of contact for many LGBTQ individuals. Today, queer bars and clubs still act as safe spaces for many LGBTQ individuals.

“Wanting to be queer in a space where people are still being straight is kinda like … Eh’,” Amaya said.

Dancing next to a straight couple making out or overtly straight men preying on my female friends, ruins the atmosphere about 110 percent of the time. It’s an annoyance that could be solved if straight people respected the space that they’re in.

Veronica Valentine is a drag queen at Stonewall Warehouse, San Marcos’ first and only LGBTQ bar. She’s not against straight people at LGBTQ bars but thinks many should come without a prior agenda. “I just think (straight people) should be open-minded and be able to respect and appreciate us in our space,” Valentine said.

This lack of respect by straight men has the LGBTQ community on Twitter up in arms. Some are tired of seeing straight people at the bars just for the cheap drinks while simultaneously harassing patrons. Others point out offenses such as misgendering trans folk, using offensive slurs and straight people complaining that they’re uncomfortable at gay bars.

Straight people who harass, complain or aestheticize LGBTQ spaces are not allies.

They need to take into account the experiences of the queer folk who frequent queer bars to destress, express their identity and ultimately have fun in an environment that accepts them as they are.