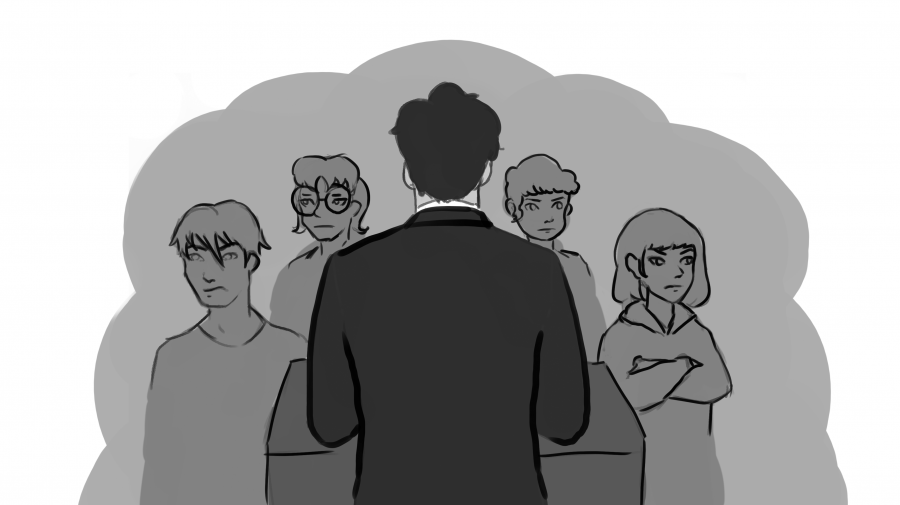 On Oct. 24, the University of North Texas will pay $100,000 for Donald Trump Jr. to give a guest lecture. A number of UNT students went off on social media in response to the announcement. The event that Trump Jr. is speaking at, part of the Kuehne Speaker Series, is supposed to be a big fundraiser toward scholarships at UNT. In past years, it’s raised up to $235,000. This year, it’s projected to raise just $13,000. It came out recently that even UNT’s president attempted to stop the appearance, to no avail.

Trump Jr. absolutely has the right to speak at UNT. But it’s important to recognize that maybe he shouldn’t. This appearance — opposed by students, faculty and administrators alike — shows the power that wealthy donors, such as the members of an institution’s board of regents, have on college campuses. This is just the latest in a series of controversial speeches that show how often campus donors’ and administrators’ choices are at odds with the will of the student body. It does us no good to bring unpopular figures to campus in a forum where their views are unchallenged.

This past spring, two other Trump administration figures made headlines with poorly conceived commencement speeches. At least the idea behind Vice President Mike Pence’s speech at Notre Dame this May made some modicum of sense. After all, Notre Dame is a Catholic school, and Mike Pence grew up in a Catholic home and is the former governor of Indiana, where Notre Dame is located. Inviting Pence after months of attacks on Hispanic, Middle Eastern and LGBT students, however, was deeply insulting. The format of the commencement speech means that the Notre Dame students who have been hurt by Pence’s regressive social policies had no opportunity to challenge his views or engage with him. It’s little wonder so many students opted to leave the ceremony early in protest. It’s the only way they could make a statement about their values.

Secretary of Education Betsy DeVos’ speech at Bethune-Cookman, a historically black university in Florida, is even more mystifying. Earlier in the spring, DeVos faced widespread criticism for saying that HBCUs are “real pioneers when it comes to school choice.” There is little to tie HBCUs and “school choice.” Instead, the advent of HBCUs mostly came about due to African-American students’ inability to attend most colleges because of racial segregation. All of these missteps, coupled with the general liberal tilt of the university, made a perfect storm of controversy for DeVos’ visit. Per reports, half of the students in attendance faced away from Secretary DeVos, and she was confronted with booing and chants for the entirety of her speech. Inviting an anti-public education Republican billionaire to lecture young African-American students invites racial tension, and DeVos’ incredible tone-deafness only intensified this tension.

The big thing these three speeches have in common, other than ties to the Trump administration, is that students clearly had no desire to hear the speaker. And this isn’t just an example of college students being intolerant of other beliefs. The problem is that these speakers are being brought in to lecture to us for an hour and a half. Bringing prominent and controversial speakers to campus is a good thing, but bring them in to answer questions and have a dialogue, not a monologue.

Price is a sophomore government major from Austin.