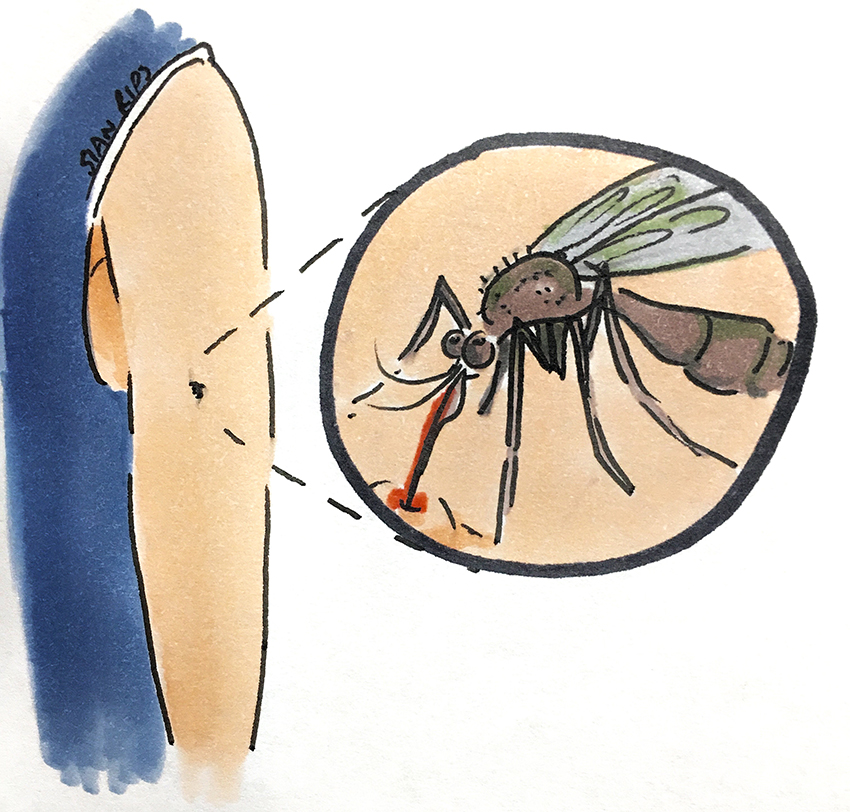 The health department announced the discovery of mosquitoes carrying West Nile virus in the 78746 zip code last Thursday. No cases of West Nile virus have been reported in Travis County this year, however, according to the department.

Spencer Fox, a doctoral student in integrative biology who studies mosquito-borne illnesses, said although most infected with the virus show no symptoms, Texas sees hundreds of cases of the illness each year.

“Texas is one of the most at-risk states for mosquito-borne illnesses because it’s in the South, and it has the right kind of environment,” Fox said. “West Nile virus is a continued threat for Texas.”

The health department reported 107 cases in Texas this year, including three deaths. The virus is spread by mosquitoes who have most likely bitten West Nile-infected birds in the area, Fox said.

Carole Barasch, Austin Public Health’s communications manager, said in an email that the mosquitoes that carry West Nile virus are endemic to the area.

“It’s not unexpected that we would identify mosquitoes that test positive for West Nile,” Barasch said. “We want the public to be aware so they can take actions to protect themselves and others by draining excess water that accumulates in and around their property, wear long sleeve shirts and pants when outdoors and use an
EPA-recommended repellent.”

Symptoms of the virus include high fever, nausea and headaches. UHS medical director David Vander Straten said since it can be difficult for a student to tell whether they have the virus or another illness like the flu, students should take precautions such as avoiding standing water and using insect repellent.

“We always want folks to try to think of preventative measures when we’re in the warmer months,” Vander Straten said.

According to UHS, 80 percent of people infected with West Nile virus do not show any symptoms, about 20 percent have mild to moderate flu-like symptoms and less than 1 percent have severe symptoms that can lead to death. UHS advises students to make an appointment or seek immediate medical attention if they believe they have the illness.

Vander Straten said the University has seen 13 potential cases of West Nile virus since January 2012, but all have tested negative for the illness.

“If a student has concerns, and they’re having flu-like symptoms, we’re certainly happy to have that student come in and be evaluated,” Vander Straten said. “If they’ve traveled to areas where West Nile virus is really prevalent, and they’ve had a lot of mosquito bites, that would definitely help medical staff make a better decision in evaluating those students.”

Other preventative measures include making sure windows and doors are closed during dusk and dawn hours, when mosquitoes are most active.

Vander Straten said the risk for getting West Nile virus decreases as the weather gets colder. Fox said it’s unclear when, specifically, the risk for contracting the illness will go down, since recent years have been warmer and mosquitoes have been active during winter months.

“Throughout the year, we’re seeing warmer temperatures all around,” Fox said. “In terms of getting West Nile virus overall, most people shouldn’t be concerned about it.”