Students deserve to be informed when renting off campus 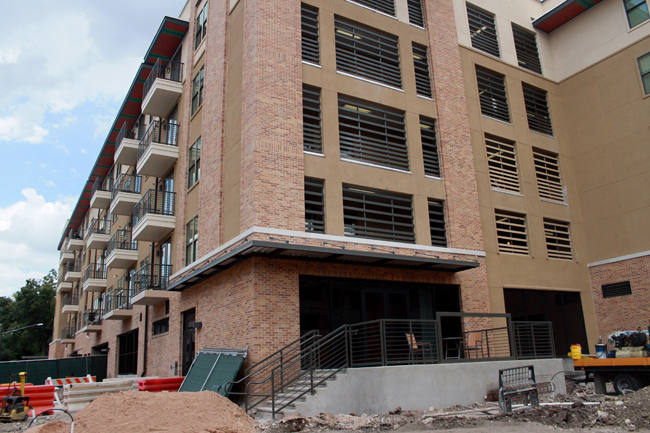 When I tell my non-Longhorn friends that I’ve already signed a housing lease for next year, they’re rightfully shocked. At most universities, the idea of striking a deal on off-campus property 10 months in advance of move-in is unusual. Many generic college help websites suggest merely starting the search the semester before move-in. Students are disoriented by the pace at which they are expected to engage in the real estate market, and the University isn’t doing enough to assist students, especially first-time renters who are liable to fall behind.

It’s almost an inevitability that many Longhorns will have to undertake the task of finding a place to live outside of UT’s dormitories. About 82 percent of the UT student body lives off campus, which is no surprise given the chronic shortage of on-campus housing. While I knew I wanted to live off campus my sophomore year, it wasn’t until two weeks before I signed my lease that I was aware of how quickly I needed to find roommates and a room. With many West Campus apartment complexes already near capacity, ill-informed freshmen like myself are at risk of missing the opportunity to have a wide selection of housing in places such as West Campus.

Seemingly without explanation, the University’s only online resource for off-campus housing is going offline at the end of the month, meaning even less help will be available to students seeking a place to live. Without help sanctioned by the University, students are forced to contend with the real estate market on their own. The loss of the website’s list of available properties, in particular, means that prospective renters will be even more in the dark about their options — making it more likely that students turn to prominent developers for housing while perhaps overlooking cheaper options.

Relying on developers for information has its issues. Rylan Maksoud, a Plan II and government freshman, alleges that he was misled in the process of finding the apartment he’ll be living in next year. He contends that salespeople from the developers he was looking at attempted to use his inexperience in the renting process to create a false sense of urgency in hopes it would secure his purchase. It did. Even if Maksoud’s claims are false, it is easy to see how students who are not only illiterate in real estate code but also unfamiliar with the system could fall prey to profit-driven developers.

UT students looking for housing — be it from major developers or independent sellers — deserve to be informed about the decisions they are making. The University should be expanding, not reducing, its resources for students to find where they’re going to live, especially as the demand for off-campus housing rises. Acclimating to college is difficult enough without having to worry about signing leases almost immediately after moving in. The University has a responsibility to ensure that students are comfortable and empowered, even in the off-campus housing market.