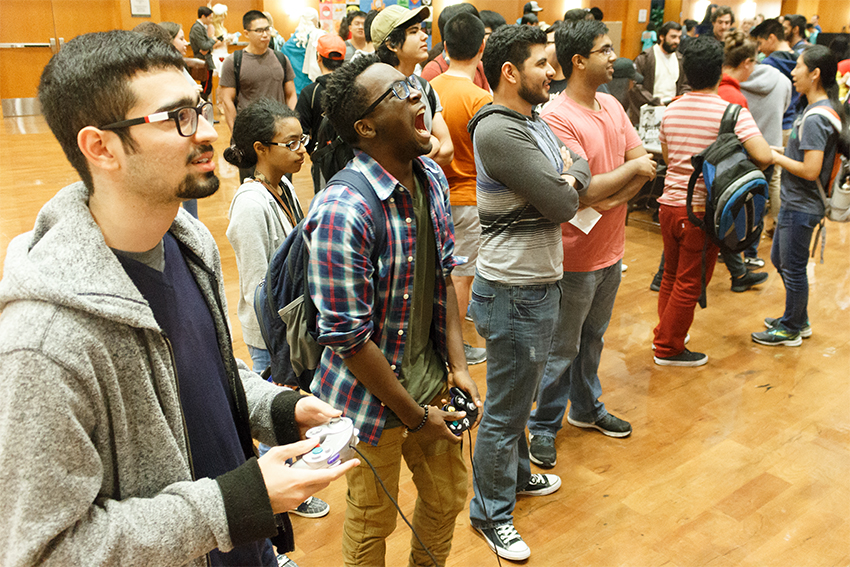 Costumes were encouraged, and fans of video games, comics and anime attended sporting everything from witch hats to Pikachu tails.

“I feel a lot of people can hide this part of themselves,” EEAAC Chair Michael Guevara said. “They don’t like to accept the fact that they are into comics or anime. This event is an opportunity for them to express themselves freely rather than behind closed doors.”

Exercise science senior Guevara said after the success of last year’s event, the first ever comic convention at UT, he had to bring it back. This year’s convention included anime and gaming clubs with activities for attendees.

The event allowed clubs such as UT’s Longhorn Cosplay Club to shine. Classical studies and English sophomore Chloe Dunn is a member and came in costume as a witch named “Taco” from the podcast “The Adventure Zone.”

“It’s really cool that they are doing this, because there are a whole bunch of nerds,” Dunn said. “That’s really the point of going to convention, to have fun and to be around like-minded people who like the same things as you. You don’t realize that there are nerds who are totes okay with walking in dressed like a gay wizard.”

Computer science senior Callie Koch dressed as Daenerys Targaryen from “Game of Thrones,” stepping out of the show’s mythological world to have others playtest her video game at Comic Con Go! Koch said although clubs are a big part of the experience, events like this also draw a different crowd.

“One-time events like this are really good because you get to see all these people and interact with them,” Koch said. “You can make friends and see cosplays and see all the work people put in without being a member of a club.”

Oliver Fitch, the Comic Con Go! event coordinator, said the event is not only meant to entertain, but also to bring the people behind these superheros, villains and other characters together.

“At the end of the day the EEAAC is all about bringing together a whole bunch of people with similar interests,” math senior Fitch said. “UT hasn’t had an event like this in the past, and I think it fills an important gap.”