Distrust of clowns rooted in fear of the unknown 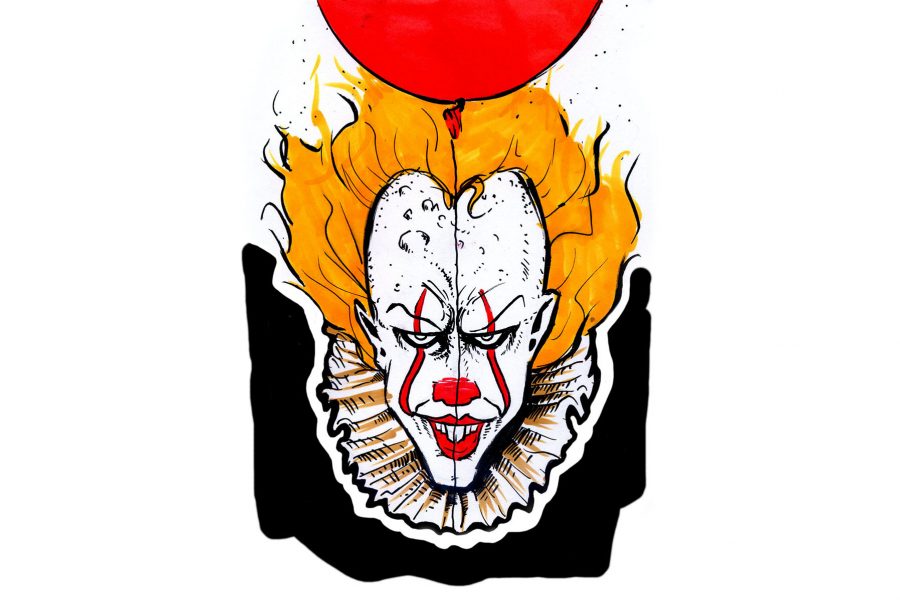 Fear of clowns, or coulrophobia, is no laughing matter.

According to a 2016 study called “On the Nature of Creepiness” by psychologist Francis McAndrew, participants said the most cringe-worthy occupation was clowns. Many psychological things go on in someone’s brain when they see Bozo, which according to many scientists, revolves around the concept of ambiguity.

UT psychology professor Joseph Dunsmoor said the inability to empathize emotionally with a clown may lead to the phobia. The makeup and disguises clowns wear could lead to a subconscious fear of them hiding their true identity or feelings.

“The inability to read the emotions on a clown’s face could be unsettling for some people,” Dunsmoor said. “We attempt to read other’s emotions automatically, and a painted-on smile interferes with that.”

He added that the amygdala, a part of the brain involved in fear conditioning, plays a role in people’s reactions to stimuli such as seeing a clown.

“The amygdala is also involved in forming associations between stimuli and threat, like in fear conditioning,” Dunsmoor said. “It has an important role in making sure we remember emotional events through connections with brain areas involved in long-term memory.”

While some people frown at the site of clowns due to bad experiences, scientists found certain characteristics of clowns to be particularly creepy. According to a study by the University of Sheffield, clowns are feared because people associate them with the unknown.

The study revealed that some people view clowns as something “alien” or “non-human” because of their exaggerated smile and wide eyes.

Local clown Mary Ochoa, or “Lulu the Clown,” said kids often fear her due to her appearance or past experiences.

“It’s something that is intrinsic when you are young … someone probably had a bad experience,” Ochoa said. “When I work with children … they do get afraid because you’re like a cartoon character come to life. I’ve been asked if I’m even human … clowns are people too.”

Some research, including McAndrew’s, shows that the unpredictability of clowns causes uneasiness for people.

“A fear of clowns would certainly lead to a dramatic emotional reaction for someone who sees a clown when they aren’t prepared,” Dunsmoor said. “And they may avoid going to a circus or a kid’s birthday party.”

Economics junior Madison Eathorne, who isn’t afraid of clowns, said she thinks people who are scared of clowns may have had a bad experience at a place like a birthday party.

“Nothing about them creeps me out,” Eathorne said. “I thought ‘It’ was funny… I’m not really sure why people are scared of them … I’ve always assumed people must’ve had a bad experience with one.”

But for some, a night with Pennywise may be enough to spark fear. The media portrayal of clowns, whether it be in Stephen King’s It or American Horror Story’s clown cult, gives real life clowns big shoes to fill.

“I think that we, being clowns, are unpredictable and people sometimes fear what’s unpredictable,” Ochoa said. “The way movies are portrayed, we could be stabbing you in the back. People make up scenarios in their mind. Ever since August …  the business (of clowning) has slowed down. I know there’s a lot of hype about It.”

“A lot of what we fear about clowns nowadays is derived from horror movies,” Dunsmoor said. “Our representation of clowns has changed a lot as a result of these movies. Killer clowns are great horror movie cliche, because it violates our expectations that clowns are supposed to be friendly and are there to make people happy.”

Ochoa said that if you have a fear of clowns, it’s important to know that clowns are there to make you laugh.

“There is something that is so simplistic and timeless about a clown, and often when we laugh at clowns, we have a hard time laughing at ourselves,” she said. “Clowns should be a reminder to chill out and not take life so seriously.”