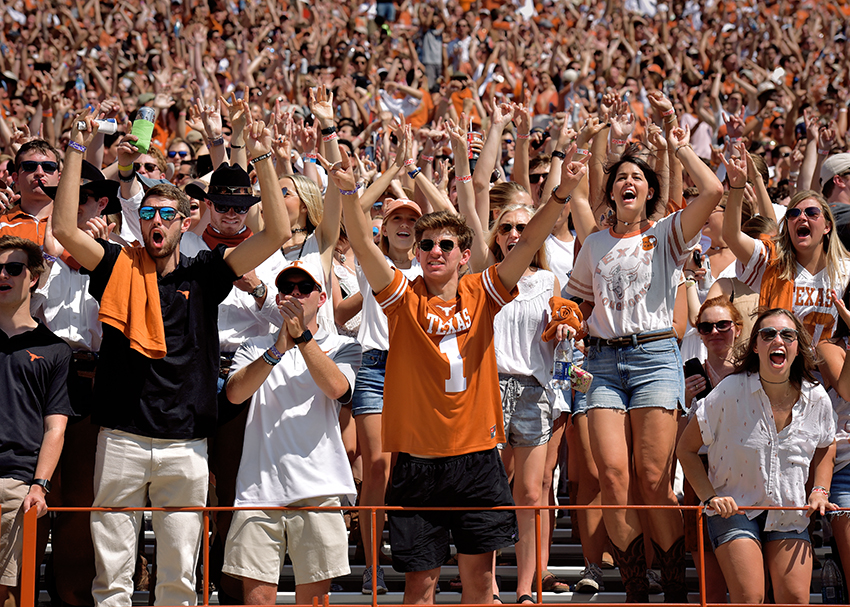 The athletics department has changed policies this season regarding Big Ticket holders because of a large number of students using altered tickets and causing overcrowding in certain sections of the stadium.

Students with tickets in sections 26, 27 and 28, located on the visitors side of the field, have to get a wristband from Mike Myers Stadium before home football games, and all students must present a student ID along with their ticket. Those who attempt to use altered tickets could face penalties.

“What that allows us to do is have crowd control measures in place,” said Jeffrey Orth, associate athletics director for strategic relations. “I think the reason for the overcrowding is that the students were not sitting in the seats designated by the tickets that they had by using altered tickets.”

“Even (for) the people who have the right section, going to get the wristband and having to go to another stadium and then wait in more lines to get in is really time consuming,” Scott said. “It’s just not worth it for some of them and they would rather tailgate during the game.”

Scott said she purchased her Big Ticket late this year, so she was put in a different section than her friends.

“Usually that hasn’t been a problem because I can just photoshop my ticket into whatever section I want,” Scott said. “Since they implemented the wristband policy I’ve had to sit in some random section.”

Nursing freshman Jennifer Vaske said she has used an altered ticket to get a friend from another school into a football game.

“My friend came to visit on such a short notice that it was too hard for me to get her a guest ticket, so she just used an altered version of mine,” Vaske said. “She showed the security guard her driver’s license and said she lost her student ID, but I don’t think that would work now.”

Non-student guests can only sit in student sections at football games with purchase of The Big Guest Ticket, which is $450 per season.

“There should be an easier way for students to bring non students to football games,” Vaske said. “When friends from home come and visit, they want to be able to experience the atmosphere of the game from the student section too.”