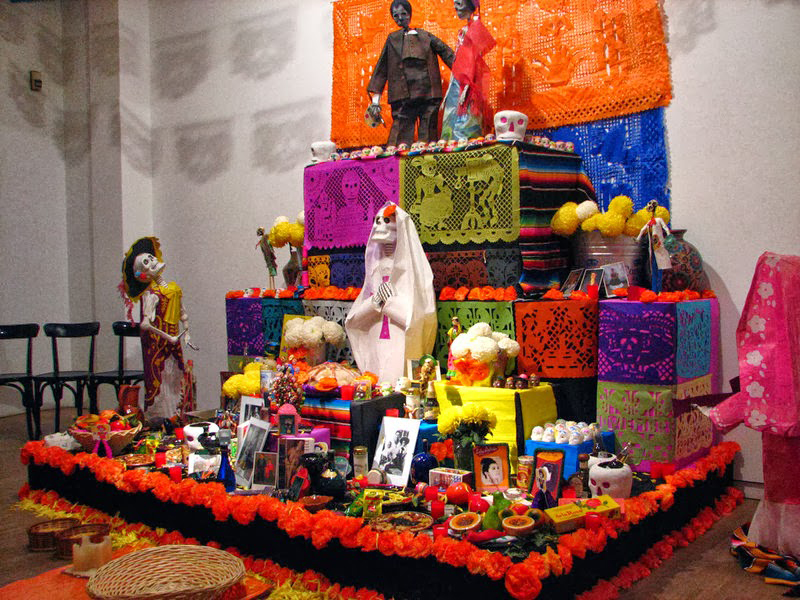 Octobers in Monterrey, Mexico, marked Lesly Reynaga’s childhood with the scent of fresh food and marigolds. The UT alumna and director of Austin’s Dia de los Muertos festivities said that in Mexico, Dia de los Muertos was a time when the entire community came together to celebrate the lives of those who died, and she hopes to bring the liveliness of the celebration to Austin.

“The whole school community would pitch in, and we would have this mystical altar,” Reynaga said. “ There would be this big beautiful path of flowers that would lead you into the altar (made in memory of a deceased community member). It’s a memory that I carry with me.”

In spite of Austin’s large Hispanic community, Reynaga said that she’s noticed a disproportional representation of the event and hopes to grow it into an iconic celebration for the entire city.

This year, the Cultural Arts Division of the Economic Development Department allotted about $50,000 to fortify existing events in town and make room for new ones. Festivities will continue around town until early November.

“We’re very lucky that this year the City of Austin, including the mayor’s office and the Economic Development Department, have been big supporters of this,” Reynaga said. “We’re hoping to turn this into a bigger and better deal every year.”

Though the events kicked off last week, Reynaga is already preparing for next year’s Day of the Dead and hopes to grow the celebration into an iconic Austin tradition that memorializes the city’s large Hispanic population.

Several organizations and venues throughout the Austin area have planned events leading up to the holiday and are listed on the city’s Dia de los Muertos website — a new feature in the initiative to expand the festival.

Despite the fact that the series of events is meant to specifically highlight Hispanic culture, Reynaga said all of Austin is invited and encouraged to join in the tradition.

Sigma Lambda Beta, a fraternity at UT-Austin, hosts a popular Dia de los Muertos event listed on the city’s holiday website. This year, the fraternity invites the community to join them at UT’s Main Mall on Nov. 1, where there will be traditional Dia de los Muertos snacks and performances, complete with an altar honoring the dead along the steps of the University’s Tower.

Members of the fraternity prepare months in advance in order to honor an event important to their identity. “The preservation of this cultural event means the preservation of our collective heritage,” said Javier Olivas Menchaca, the finance director of Sigma Lambda Beta.

Brandon Jimenez, an electrical engineering sophomore and Sigma Lambda Beta member, said celebrating the holiday goes beyond cultural lines because it helps him remember loved ones who have died.

“I hope that others enjoy this sense of unity, of coming together and celebrating without worrying about race or personal differences (in order to remember) the people that have left this world,” Jimenez said.

The theme of unity is not just important to the campus community, but the Austin community at large. According to Reynaga, unity is an important element in expanding the event and helps to resolve misconceptions about the celebration.

“I really encourage communities to come together in celebration of something that is appealing to many cultures,” Reynaga said. “It has very deep cultural significance, and we want communities to understand that this is not Mexican Halloween — this is actually celebrating the people who have passed and keeping their memories alive.”