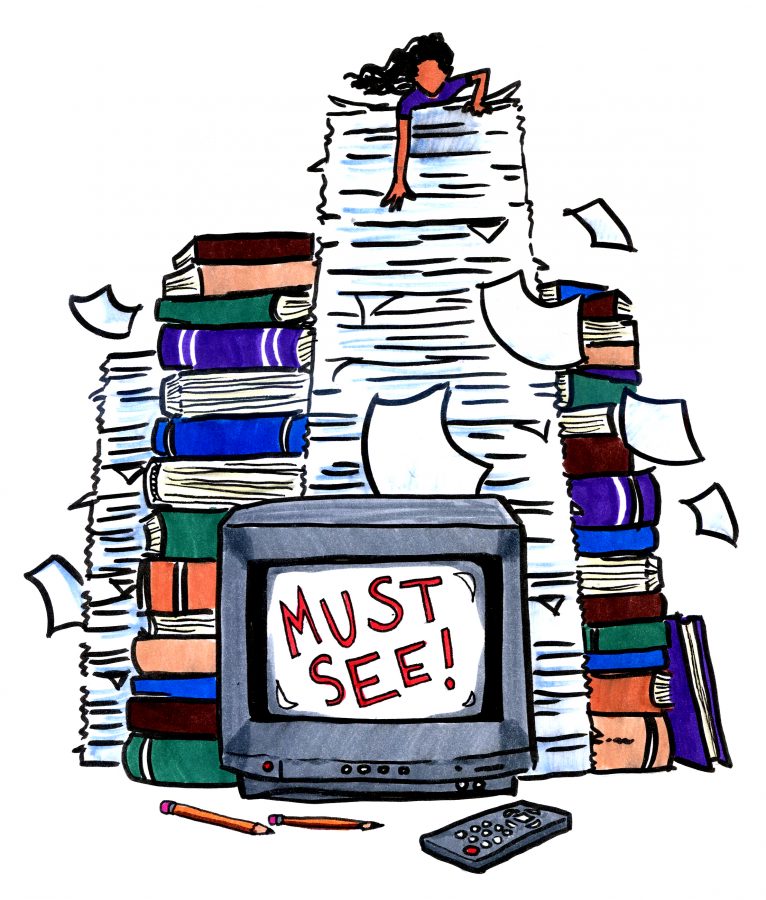 On Oct. 27 Netflix releases the second season of  its original series “Stranger Things.” With midterms in full swing, why is it that so many students plan to binge-watch the nine hour-long season this weekend?

Binge watching, or watching several episodes of a TV show one after another, came into the cultural mainstream in the past few years. Netflix deemed it the “new normal”, and in 2015, Collins Dictionary even named it the word of the year. But this new normal creates a litany of problems as Americans spend more and more time in front of a TV.

Extended bursts of binge watching have been reportedly linked to feelings of loneliness, depression and bouts of insomnia. Although watching TV is generally seen as a way to relieve stress, self-described binge-watchers show signs of higher stress or anxiety.

Yet still, students are satisfied to spend their twilight hours huddled up in bed watching “House of Cards” or “Riverdale” on their phones or laptops — why?

“It’s a normal desire to want to fit in and do what the crowd is doing sometimes,” said government freshman Aryn James, about being chided by her friends for not seeing “Stranger Things.” “It’s uncomfortable when people are talking about a common show you haven’t seen, and you can’t contribute to the conversation.”

This prevailing fear of falling short in the lexicon of pop culture leads many to juggle school life and television just to keep up. The problem doesn’t get any easier when you consider the prevalence of spoilers and discussion that commands the social media landscape after a show is released.

Students need to be able to space things out properly and ration their time so that they can keep a proper balance between staying productive and getting the most out of recreational time.

We are all guilty of trying to get through “The Office” or “Unbreakable Kimmy Schmidt” so that we can keep up with the jokes on Twitter or in our friend groups, but to follow the advice of “Stranger Things” character Jonathan Byers, “You shouldn’t just like things because people tell you you’re supposed to.”