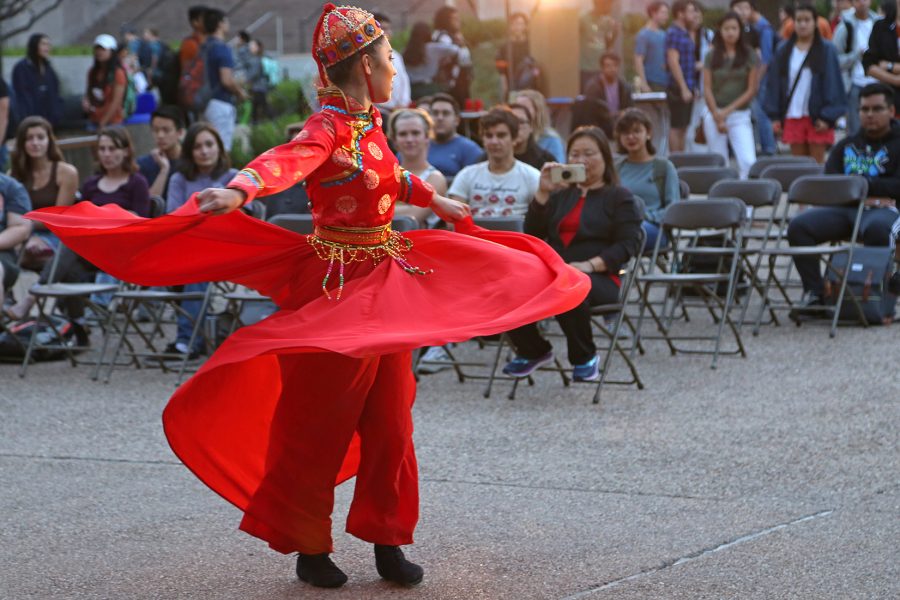 CSA external vice president Grahame Gornall said the tradition of celebrating the festival dates back more than 3,500 years ago in China, commemorating the end of a harvest season.

“It’s a time for family and friends to come together and celebrate the good fortune they’ve had for the past year and have some nice food,” said Gornall, a Chinese and finance junior.

Kelly Wu, a member of the Texas Dragon/Lion Dance Team, said she has been performing at the festival since her freshman year. Dance performance is aligned with the group’s goal to promote Chinese culture, Wu said.

“It’s another way to celebrate Chinese culture, which is what (our group) is about,” marketing senior Wu said. “We want to spread the art of lion dance, a very important part of Chinese culture, to other parts of the world.”

Several other student organizations, such as the Taiwanese American Students Association, Japanese Association and UT Magic Club tabled at the event and brought minigames for visitors.

Economics junior Cindy Hwang said growing up as a Chinese-American, the Mid-Autumn Festival was a big part of her childhood.

“When I was a kid, I would watch a lot of Chinese specials with my mom when this time came around,” CSA officer Hwang said. “It’s just one of those things that just happens when you’re an Asian.”

Undergraduate studies freshman Jorge Alcocer said he came to the event because he was interested in preserving Chinese culture.

“I like keeping the culture alive,” Alcocer said. “I like that you take something old and renew it every year.”

CSA events give people a chance to stay in touch with their Chinese culture, Gornall said.

“It’s a great place for people who share similar backgrounds like us to share that culture and find a place of support,” Gornall said. “You can get pretty stressed out when you first come to college, and this is a great way to have a support system (and) somewhere you can be comfortable when things aren’t familiar to you.”