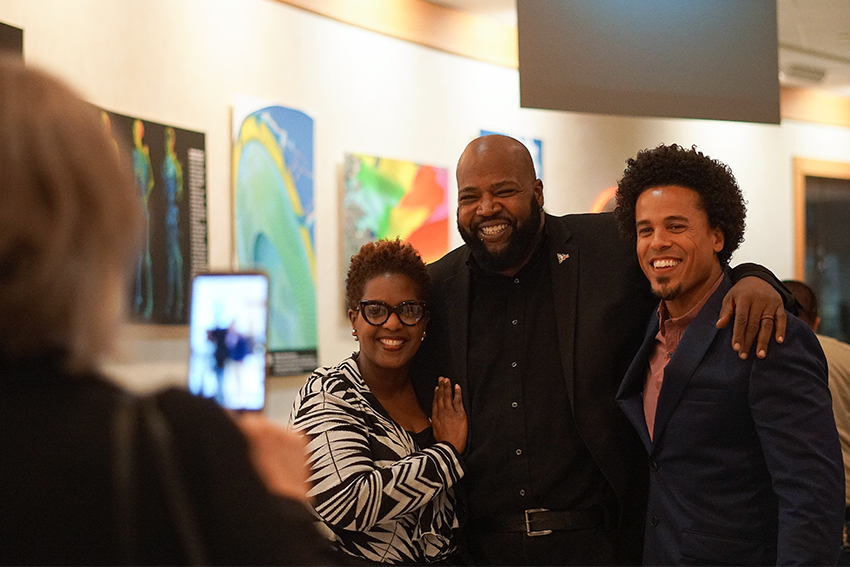 The difficult dialogue began with a dark auditorium and a film screening, displaying the long history of the incarceration of African-Americans for the 80 students and community members in attendance.

The documentary, “13th,” kept with the theme of the event, part of the UT Humanities Institute’s Fall 2017 Difficult Dialogues Public Forum, depicting images of lynchings, victims of racism and criticism of the U.S. prison system that the film says has perpetuated slavery. Following the screening, panelists led a discussion on the themes of the film.

“I could convince more people about abolition if folks only knew that mass incarceration is the new slavery,” Conway said.

Conway said he spent eight years in prison and 12 on parole. Conway was convicted in 1992 of voluntary manslaughter. He said he worked every day while he was incarcerated and had nothing to show for it when he went home.

“A lot of people forget that not everyone is in (prison) for life and, (for) the people that get out, no one cares about integrating them back into society,” Abrams said. “How can we expect anyone to better themselves in society when we give them no opportunities?”

Panelist Christen Smith, associate professor of African and African diaspora studies and anthropology, said in order to have difficult conversations in the community, people need to look within themselves first.

“We have to have these conversations with these families (and) with our classmates … but we need to have that soul-searching moment with ourselves,” Smith said. “Implicit bias — am I doing the very thing that I’m afraid of?”

English sophomore Samantha Dorisca, who attended the screening, said the film’s focus on protesters and equality advocates made her think about how more action needs to be taken by the public in combating an unjust prison system.

“We need to speak up more — really speaking up, not just talking about it to your friend,” Dorisca said. “Write a letter to a senator, protest, do more … You will see change eventually.”