Monsters at the House of Torment give dead-icated performances 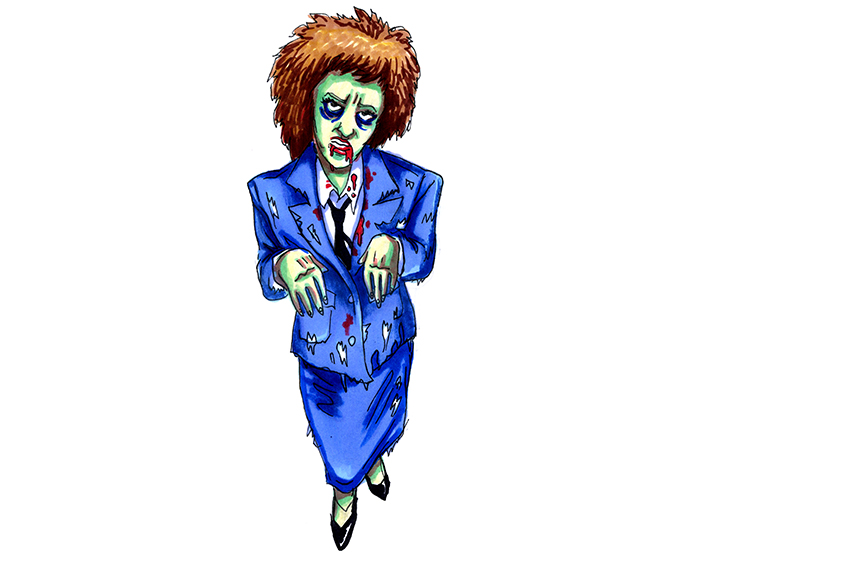 Monster-screaming classes and zombie body movement techniques aren’t part of a typical employee-training program, but at the House of Torment, it’s just another day at the local Monster’s University.

With foot-dragging techniques and elaborate makeup, the monsters at Austin’s House of Torment are prepared to put a spell on you. The animatronics and special effects have earned the haunted house recognition as one of the scariest in the nation, but visitor Kim Stewart said the real attractions are the creepy creatures that run through dark halls and into parking lots.

“Once the mask is on, you stay in character the whole night,” said House of Torment general manager Glenn Lenard. “If you were to walk up to one of the monsters, they are going to talk to you as if they are that character all night long.”

One of those creatures was a ghoulish dancer played by Kristen Kelly, who, wrapped in gauze and blood, would make audiences scream as she performed three different choreographies. She said she auditioned without any formal training in the art of scaring, using what she thought were zombie-like movements after being asked to freestyle to
creepy music.

“I remember all of us kind of mimicked zombies,” Kelly said. “All of us copied what we saw on “(The) Walking Dead” with zombies, like dragging a foot or reaching out at people.”

When she got the job, Kelly said she primarily relied on advice from her fellow monsters, such as using gauze in her mouth to keep herself from laughing, covering her face to hide her expression and provoking the subjects that would react most in each group.

“There were a lot of  boyfriends (with their) girlfriends (visiting the house, and) the guy was always trying really hard to not be scared,” Kelly said. “All of us would joke about going for them, because they were obviously going to try to play it cool.”

Such a performance requires hours of preparation, but Lenard said that by the time the monsters are done with training, they are prepared to play the character as if it were any other
Broadway-style show.

“We do a scare circle, so we take a handful of monsters and we will put them all together, and there will be a manager in the middle showing them what to do,” Lenard said. “Everybody around is mimicking the manager until they all look the same, and at that point, the manager will step away, and it will be up to the scare circle to walk around the manager and scare them.”

Although the monsters work hard to put on a convincing show, some remain critical of the haunted house’s overall scare value.

As a visitor this past week, Kim Stewart said she was disappointed in how little she saw of the actors this year and said they got out of character sometimes.

“We are glad we went, but there is definitely room for improvement,” Stewart said. “Their actors need to be given better instruction on how to use the props properly, (maintain) appropriate behavior in the haunt and (include) more mid-way actors.”

Although the actors occasionally show their mortal side, for Kelly, it is this human element which she said she found backstage at the end of the day that made her job monstrously fun.

“We got to know a lot of the characters that were in the haunt,” Kelly said. “I know if it was pretty empty and we were leaving, the guy who was a clown with a chainsaw would chase us out to our cars. Even though we weren’t out there to get scared, it was fun.”