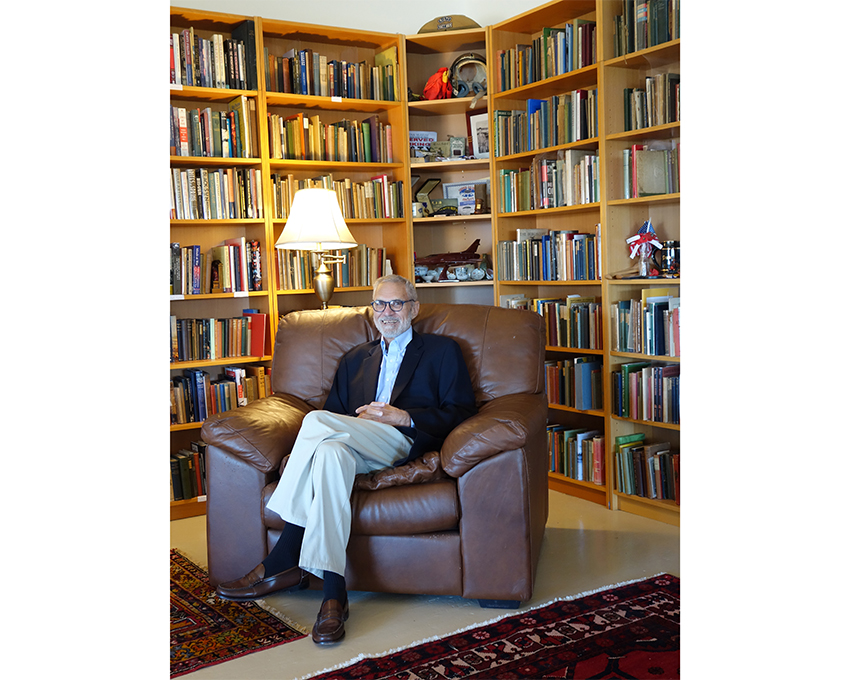 Courtesy of the Harry Ransom Center

“When I came back from Vietnam, I started to naturally gravitate towards books about war,” Echenberg said. “I was looking for people who had experiences similar to mine.”

Students will soon be able to see the collection, which is currently being cataloged and will be made available to researchers and students on a rolling basis.

Echenberg, who currently lives in San Francisco, started off collecting World War I poetry but wanted to diversify his collection with rarities that others did not want.

“(WWI poetry) is a collectible genre,” Echenberg said. “It really didn’t satisfy me, so I started looking at WWII poetry … (The poetry collection) gradually started to expand, and I started to collect poetry from other cultures. I decided to collect any poetry written by any man, woman or child who had experienced war and wanted to express it in the form of poetry.”

Engineering junior Kolsti Nguyen, who performs for on-campus poetry club UT Spitshine, said he is interested in poetry that provides different perspectives about the Vietnam War because of his own connection to the war. Nguyen’s father is Vietnamese and was born five years before the war ended.

“I have read a lot of writers who write about war, but they mainly write about war from the perspective of the soldier,” Nguyen said. “On a more geopolitical, broad perspective, I have a lot of negative feelings towards what the military did during these wars … even though the perspective I am most interested in, especially with the Vietnam War, is the civilian perspective, I do like reading poems by writers like Tim O’Brien and Ernest Hemingway as soldiers in the war who were drafted and didn’t have much of a choice.”

Jim Kuhn, associate director for Library Division at the Ransom Center, said the most compelling aspect of the collection is its breadth.

“It includes writings by combatants and noncombatants who have lived through the experience of war,” Kuhn said. “Although many of the collections we have focus on the writings of a specific individual, this collection focuses on a specific kind of experience written about by many people.”