Use of big data can transform police practices 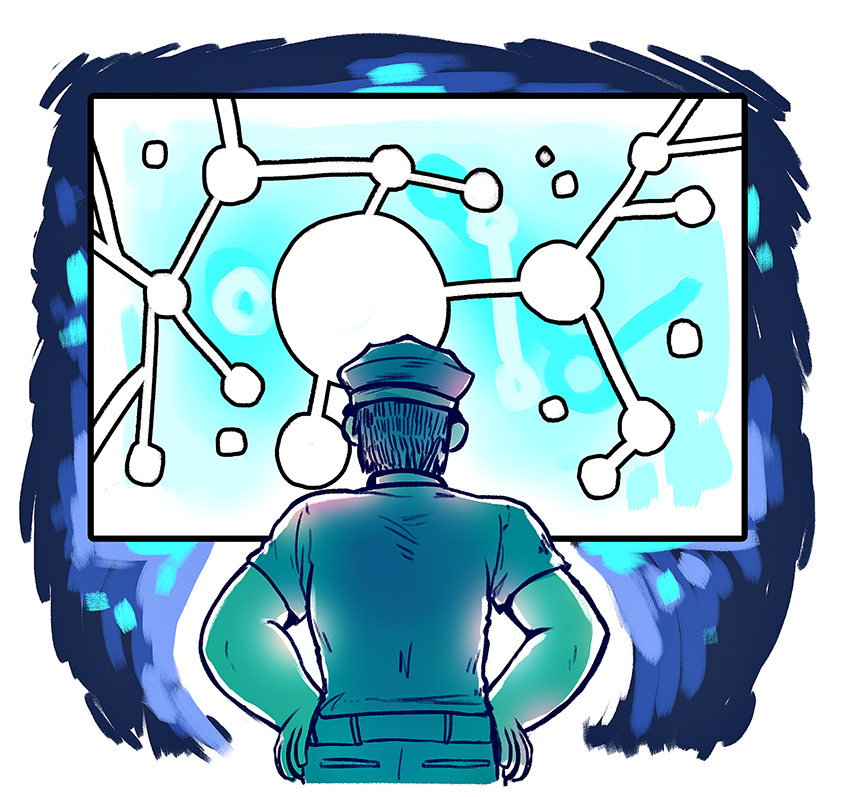 Although “big data” analytics have traditionally been associated with reshaping fields such as finance and healthcare, a recent study suggests that massive amounts of digitized information are also transforming police practices, especially surveillance.

“My field work was pretty immersive — I moved out (to Los Angeles) and started doing interviews,” Brayne said. “(Then) I transferred to observations — ride-alongs in cop cars and interviews with different divisions.”

Brayne found numerous ways that big data has both intensified and transformed existing police practices, with both positive and negative implications. Transformations of the existing system include the inclusion of a wider range of individuals in databases and integration of data systems with non-criminal justice institutions.

Although police databases in the past primarily included information regarding individuals who have had prior contact with the police, Brayne said that the thresholds for inclusion are changing.

“What is really transformative in this big data age is that there are all these new kinds of data collection sensors, like automatic license plate readers,” Brayne said. “They collect data on people who never have any contact with the police, but they can be in the law enforcement database.”

Greater integration of data between institutions has also affected police access to data.

“There’s a huge data brokerage industry now, where you have third party data brokers, and people like you, me, LAPD can buy all this data that individuals willingly give out in other contexts, but … sometimes (we) don’t know how much it’s repurposed,” Brayne said.  “A lot of companies we think of (as) having one purpose are increasingly making money … by selling consumer data.”

Pizza chains, for instance, can profit by selling call data to institutions such as police departments.

“The whole data-infrastructure architecture is a bit invisible,” Brayne said.

Big data has also amplified existing trends, such as the shift from reactive policing, or responding to a call for service, to predictive policing, Brayne said.

“One way of (reducing crime) is to stop crime before it even starts,” Brayne said. “Instead of just responding to crime that has already occurred, it involves actually predicting where crime is likely to occur and having police presence in that area in order to deter crime from occurring in the first place.”

“Predictive policing is something that law enforcement agencies are trying to move toward,” Gay said. “There are (crimes) that provide more measurement and information to our department to allow us to deploy our resources more effectively, because the number one deterrent of crime is officer presence.”

Big data has permitted predictive policing to become easier. For instance, police departments can tabulate the frequency of crime based on location and predict where crime is more likely to occur. Individual officers can spend more time in higher-risk areas, which can reduce crime, Gay said.

“That’s why it’s important that the agency is using data to make sure we are providing our community with a service,” Gay said.

On the other hand, Brayne and Gay both recommend that big data-fueled predictions be treated with caution.

Mitigating this potential pitfall means understanding that the results of data analysis are not complete reflections of reality and are influenced by social processes, Brayne said.

“The best case scenarios were when the leaders in particular divisions were careful in how they roll out data,” Brayne said. “The worst case scenario was either completely ignoring data or jumping into data and thinking it was perfect and truth.”

Gay added that forging strong relationships with the community is also central to crime reduction.

“Too often we miss that you can’t rely on data alone,” Gay said. “You have to rely on intentional relationships with your community. You need to work with the community to help come up with your priorities and discuss strategies.”