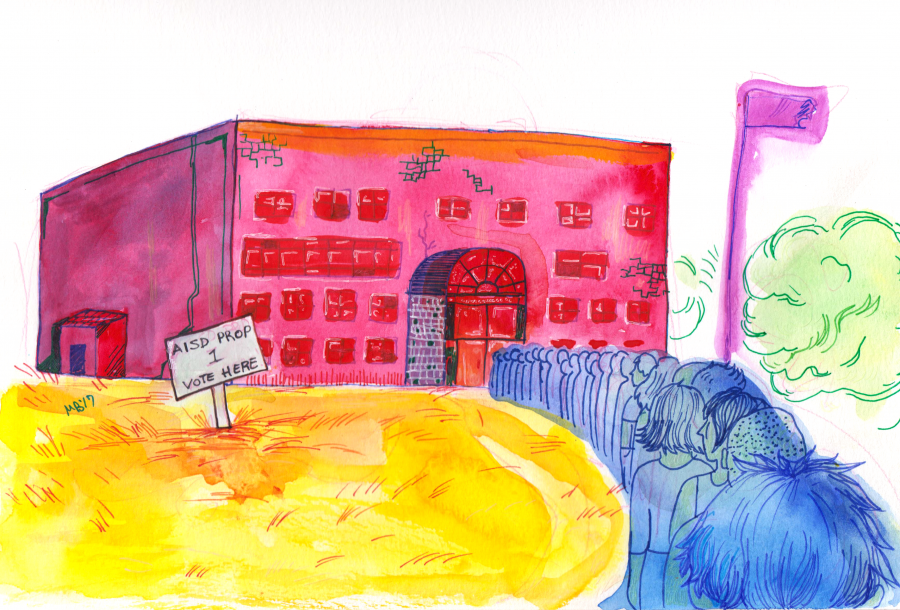 This week, I’ve been treated to multiple phone calls, most sponsored by the Save East Austin Schools Political Action Committee urging me to vote against the AISD 2017 Bond Proposal.  They claim the bond continues discrimination by favoring well-off campuses on the west side of the city.

It is a fact that many East Austin schools face disparate challenges due to years of segregation and inequity. But I’m in favor of this bond because I believe it will work to heal that divide by giving all Austin public schools basic necessities and platforms for growth.

The district has billed the bond as an attempt to modernize and bring technology to Austin public schools, projects that are undoubtedly necessary.  But the heart of this bond is long-overdue facility repairs and rebuilds across the district.

“We need to take the chance (so that) future generations can continue to learn, teach and grow,” said Jerusalen Garcia Jordan, a youth development professional with Boys and Girls Club.

Despite initial fears, this bond does not include school closures.

It allocates money based on the worst first policy which is the most ethical way to do things when money is tight. Schools with facilities in the worst condition are getting the most money.

Austin ISD has taken a political risk by lumping different types of district-wide improvements into one package as a way to block skewed voter turnout, which would lead to skewed allocation of resources to the already-better-off west side, where people vote the most.

It gives LBJ High School a new magnet program and Eastside Memorial a new chance to thrive on a historically significant campus. In short, it will alleviate overcrowding on the west side and initiate college prep and specialty programs to underserved east side schools.

And this bond is not going to raise your tax rate. Even better, the money from the bond stays in Austin schools. “Currently only 40 percent of tax money stays in the district, while every penny of this bond will stay in the district,” said Shelby Hobohm, a first-year mechanical engineering major and UDems member.

This bond is, quite literally, saving East Austin schools.

Now get off your butts and go vote for it.

MacLean is an advertising and geography junior from Austin. She is a senior columnist. Follow her on Twitter @maclean_josie.