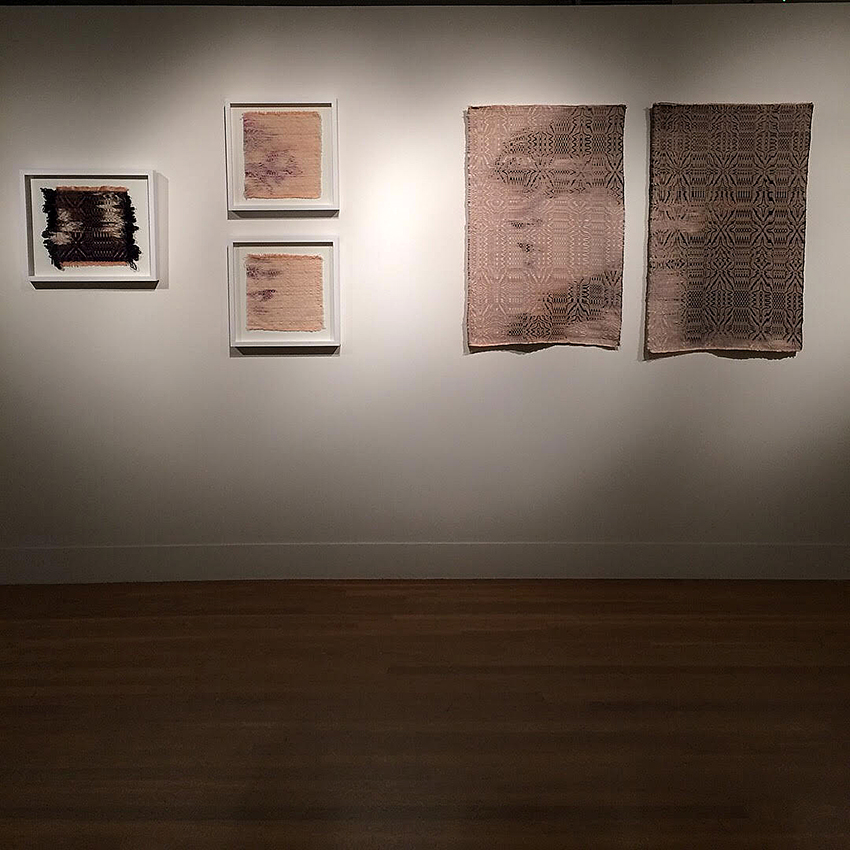 Six graduate students traveled from across the country to Austin for a collaboration with UT studio art graduates to explore and express their commonalities for a new art exhibition, “Room before.”

The six graduate students from Yale University, Virginia Commonwealth University and University of California-Los Angeles stayed with nine UT Studio Art graduates as part of an exploration into the question: “How do you prepare your guest room to host a person you’ve never met?” After getting to know each others’ similarities and differences, students created art about the identifying commonalities between artists studying within different graduate programs.

Marisa Laguardia, one of the studio art graduate participants from UT, said the collaboration required them to take risks.
“We took a chance by allowing the artists from participating schools to choose their own work,” Laguardia said. “They sent us a few images that they were thinking of, and then we as a group decided which we thought would be best fit for the show.”

Although the goal was to build connections between graduate students from different universities, Laguardia said she felt a growing sense of community within her scope of peers at UT as well.

“I was excited to collaborate with my peers at UT,” Laguardia said. “As a group, we’re starting to really solidify. It’s exciting that we’re all women, so I think we have a very strong connection in that sense. It turned out really wonderfully.”

UT studio art graduate student Emily O’leary said although the work focused on their shared commonalities, the actual work produced by each student expressed their own individualities.

“Once you really got everything in the room, it was just amazing how wildly diverse and divergent the work was,” O’leary said. “There weren’t even a lot of commonalities in the UT students’ work.”

Sasha Baskin, a studio art graduate student at VCU, said being able to experience this opportunity at UT was amazing to her.

“I was just so honored to be invited and included in this exchange and conversation between so many (masters of fine arts) programs,” Baskin said. “The UT grads were so welcoming and so lovely. I felt at home almost immediately.”

The exhibit opened Nov. 3 and is now on display at the Visual Arts Center through Dec. 9.