Isaiah Taylor works his way into the Hawks’ rotation 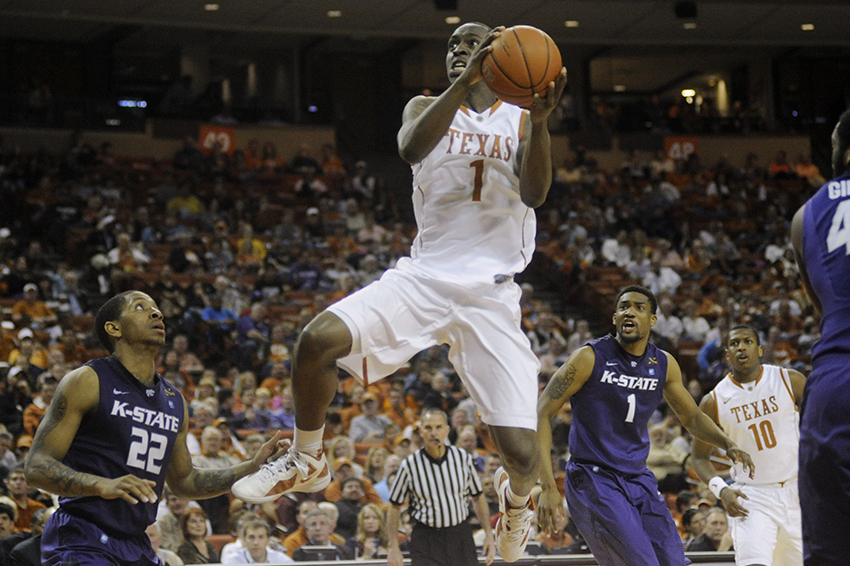 Among the 10 Longhorns currently suiting up for NBA teams, there have been a total of 13 All-Star game appearances. But it isn’t a varied group; two players hold all of the 13 appearances, led by Kevin Durant with eight and LaMarcus Aldridge with five selections. Here’s how the two All-Stars fared this week, along with newcomer Isaiah Taylor.

Durant got off to a perfectly fine start to the NBA season, but his team didn’t. The Golden State Warriors dropped two of their first three games, to the Houston Rockets and Memphis Grizzlies. Durant was ejected from the loss against Memphis, along with co-star Stephen Curry.

However, the Warriors have since shown why they are the reigning NBA champions and why they are currently heavy favorites to win this year’s title. Durant has continued to prove his dominance, even on such a star-studded team, with season averages of 24.8 points and 7.7 rebounds per game thus far. Durant has also improved his 3-point shooting and rim protection. He’s averaging 3.1 3-pointers made per game on nearly 50 percent shooting from downtown. He’s also thrown in 2.5 blocks per contest.

The Warriors are currently tied for first in the Western Conference with an 8–3 record.

On Sunday night, Aldridge became just the fourth Spur in the last 20 years to score 200 points within the first 10 games of the season. With Kawhi Leonard and Tony Parker yet to play this season, the load has fallen on Aldridge. He’s capitalized on the opportunity as the team’s centerpiece, currently averaging 22.6 points and 8.3 rebounds per game as the Spurs sit at 7–4 for the year.

Undrafted former Longhorn Isaiah Taylor has finally been given the chance to prove that he is an NBA-caliber player. After being waived by the Houston Rockets, Taylor signed a two-year, $2.9 million deal with the Atlanta Hawks this summer, with the expectation that he’d be the third point guard behind starter Dennis Schroder and backup Malcolm Delaney. However, former coach of the year Mike Budenholzer decided to move Delaney to shooting guard, leaving the spot of backup point guard to Taylor.

In his first game with significant minutes, Taylor put up 12 points against the Houston Rockets. He then followed that performance with another 14 points in a win against LeBron James and the Cleveland Cavaliers. Taylor’s speed and 3-point shooting potential could be his ticket to a permanent spot on an NBA roster for years to come.