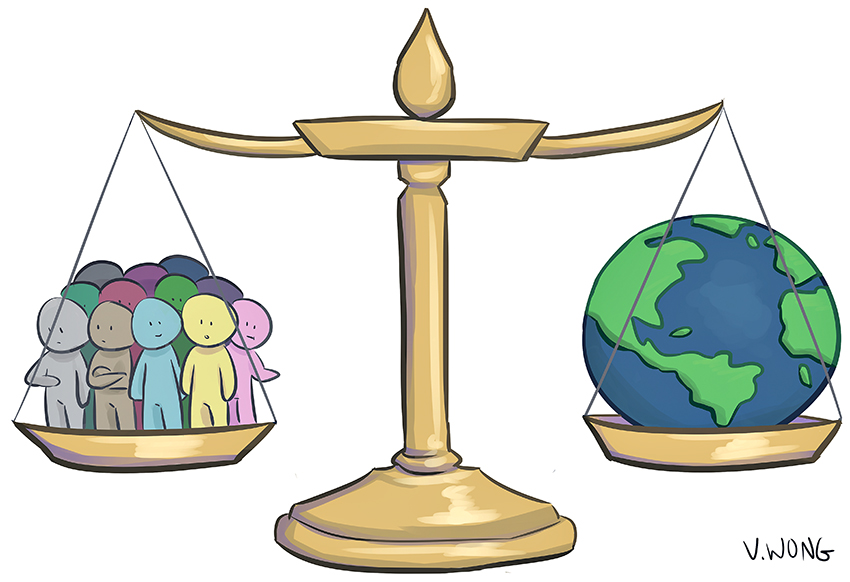 “The challenge of the research is that there is a trade-off: If the world cuts its emissions, it reduces the severity of future climate change, but it also misses out on some near-term economic growth and poverty reduction,” Spears said in an email.

One viewpoint offered in the report is that long-term costs of increased carbon dioxide emissions, while important, can be viewed as secondary to the general well-being of a growing population. An opposing viewpoint, however, favors a decreasing population in order to avoid paying a high social cost in areas such as agricultural productivity and human health as a result of high carbon dioxide emissions.

“I think it counts as a good thing if more people get to have happy lives and good experiences, but … we have to trade off that benefit against other costs,” Spears said in an email.

“You have to still consider, in the physics-based reality, ecological factors (and) that sort of realm of what’s happening at the fundamental level,” Costigan said.

Spears said the growing population means more people will potentially be harmed by damages associated with climate change in the future, which affects the ethics of deciding climate change policy today.

“I’ve got these two little boys, and they can’t vote, and they’re far too young to have a seat at the decision-making table,” Kirshenbaum said. “So it’s really going to be on us right now to make smart decisions for the world that they inherit.”