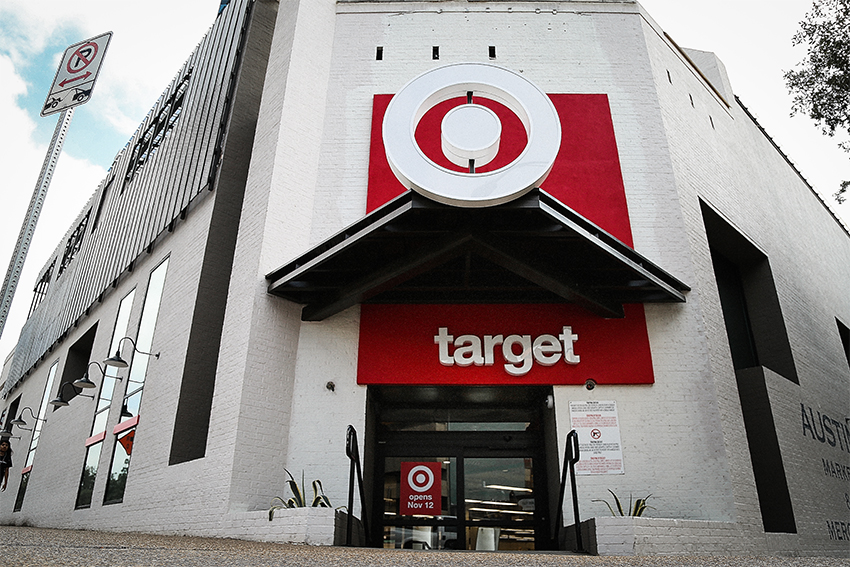 According to law enforcement, the new Target on Guadalupe and 21st Street could face security concerns similar to the ones stores in the West Campus area deal with.

A small-scale Target on the first floor of Dobie Twenty21 residential and commercial tower is scheduled to open Sunday. The 22,000-square-foot store will sell groceries, dorm and apartment essentials, clothing, beauty products and electronic gear.

“It’s not uncommon for stores on Guadalupe Street to see shoplifting,” Andreini said. “Generally they’re just misdemeanors, but the smaller stores, especially 7-Elevens, in West Campus get a lot of grab-and-runs or beer-runs. The severity of the crime depends on the value of the goods the criminal tried to steal.”

“If the Target officers catch anything, they can call APD,” Andreini said. “They can retain shoplifters by law, and we’ll make it our priority to respond quickly to make an arrest. If the suspect left the scene, then APD will file a report.”

Target management has not responded to request for comment. Kasey Zhang, an employee at the Starbucks in the new Target, said she is trained to be aware of loss prevention.

“We are trained to keep an eye out for any signs of suspicious activity, regardless of where we are working on the floor,” finance sophomore Zhang said. Zhang said the store has specific asset protection measures to prevent shoplifting crimes.

“I know we have asset protection officers who are dedicated to preventing property loss,” Zhang said. “I know we also have multiple security cameras that track the entrance area to monitor potential shoplifting.”

In addition to shoplifting, Andreini said the local homeless population could be another potential security concern for stores like Target.

“I know the Walmart on Anderson Lane and Burnet Road has had struggles with the homeless and transient population,” Andreini said. “They might frequent the store by harassing customers or shoplifting or loitering in the store, which can become trespassing. Target could have this problem considering its location, but it’s really a case-by-case problem.“

“I have never had a safety concern while working here,” Zhang said. “I haven’t really seen any problems from the homeless, but I’m sure the managers will address the issues if there ever is one. I trust Target to create a safe and secure environment for our guests and team members.”

Psychology freshman Katya Vallejo lives at Dobie Twenty21 residential tower and said the addition of Target has made it safer for her to shop.

“I don’t have to drive or take the Metro at night just to go to Walmart or H-E-B anymore,” Vallejo said. “If I need something now, I can go straight to the ground floor. I think this is a good security for UT and especially students who dorm around this area.”