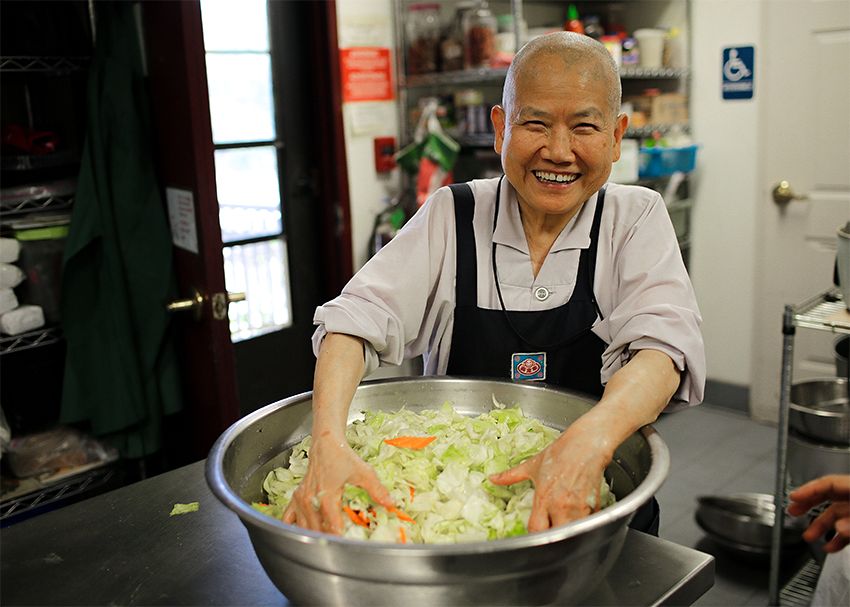 For some, vegetarianism might be a lifestyle, but for the community at the Xiang Yun Temple of the Fo Guang Shan Temple Buddhist Order, it’s an aspect of Buddhist culture that they’ve been sharing with the local community for more than a decade.

“In the (United) States we are (the) minority,” Jue Ji Shih said. “(It) is very important that our community can make use of this food festival to join together in preparing the homemade food and at the same time increase the exposure of the temple.”

Due to a lack of volunteer donations to preserve the temple, the community members of the Buddha’s Light International Association (BLIA) — an organization that works for and preserves the temple — created the Vegetarian Food Festival. It began as a fundraiser for the temple when it opened in 2000. Organizer Elaine Hsu said the event, which will take place at the temple on Nov. 11, has grown to include various Asian and
western foods.

Additionally, Hsu said they hope to promote environmental conservation by encouraging consumers to purchase less red meat and advocate against animal cruelty. According to a report by the Food and Agriculture Organization of the United Nations, cows have become one of the leading factors in global warming due to the methane, nitrous oxide and ammonia emissions they produce.

“It is (important) to avoid cruelty to animals and also the global warming (effects) due to people consum(ing) a lot of cow(s),” Hsu said.

Hsu, who is the director of BLIA, said one of the main purposes of the festival is also to increase local awareness of healthier food options. She said they hope to give people a wider variety of foods to choose from so that they can avoid meat, which she said can harm consumers’ health.

However, Hsu said the greatest benefit of this event will be for the temple and its members, as this is one of their main fundraisers to keep the temple open. Hsu said it was founded by the Venerable Master Hsing Yun; who built more than 300 monasteries in five continents.

Shih, a member of the BLIA, said this temple is important to preserve because it has become a place for community members to spend time away from stress and a calm space to meditate.

“In the recent years we have had more and more local people come to our temple seeking peace,” Shih said. “They feel that this temple can provide for them a serene and peaceful environment. Sometime they feel upset in their workplace (or) relationships.”

Tinny Widjaja, a member of BLIA, said it is important for them to preserve and maintain their facility in order for them to continue with future plans for the temple and the local Buddhist community, such as their new English-Buddhist classes.

“The temple is number one to provide an avenue for Buddhist people to come and find a place for them to do service, congregate and share our Buddhism teaching(s), principles and Chinese culture for the community,” Widjaja said.

This weekend, Shih said, they hope to achieve this goal while also educating the local community about a healthier lifestyle for them and the environment.

“By appreciating the Asian food, they (can) also have a personal experience in this temple, instead of just coming to visit the beautiful temple,” Shih said. “They can buy the food and learn more from our volunteers.”