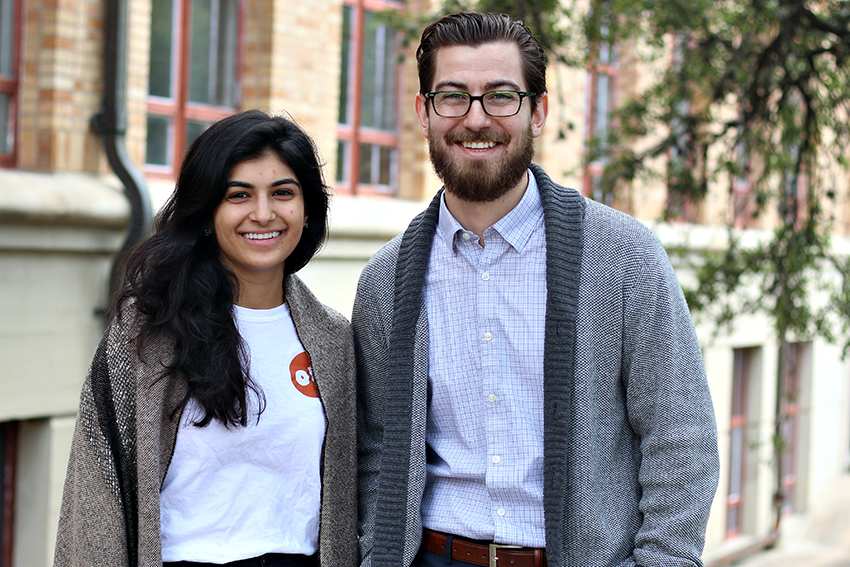 Operation Naloxone is an opioid overdose prevention and resource initiative started by the College of Pharmacy and Steve Hicks School of Social Work. The program recently received a $1 million grant from the Texas Human and Health Services Commission.

Lucas Hill, clinical assistant professor and operation director, said he believes social work students have a lot to contribute to the program if they get involved.

“We think it’s really important that pharmacy students have a much better understanding of the social determinants of health and … that social work professionals can have a positive impact on patient health and general community well-being,” Hill said.

Those who take prescription opioids as recommended might get offended if someone suggests that they carry Naloxone, Hill said. He said he describes Naloxone as a fire extinguisher.

Social work sophomore Sarah Hoff said Naloxone’s ability to completely reverse the effect of an opioid overdose makes her feel like she has more power to help.

“The idea that we have access to a drug that potentially could save somebody is kind of empowering,” Hoff said. “As a social work major, I feel like sometimes there’s such limitations to what we can achieve.”

Hill spoke about how much the initiative has grown since its inception in 2016. He said more than 300 pharmacy students, groups outside of Austin and hundreds of high school and college students in the community have received Naloxone training.

The fact that Texas does not grant medical amnesty, which would provide protection from liability when seeking medical help as a result of illegal drug abuse, is a deterrent to solving the issue of overdoses, social work graduate student Shira Hecht said.

“The laws we have about drugs in this country are ridiculous,” Hecht said. “I hope we can continue to look at things from the ‘How do we prevent people from dying?’ perspective as opposed to the ‘Who can we lock up for this?’ perspective.”