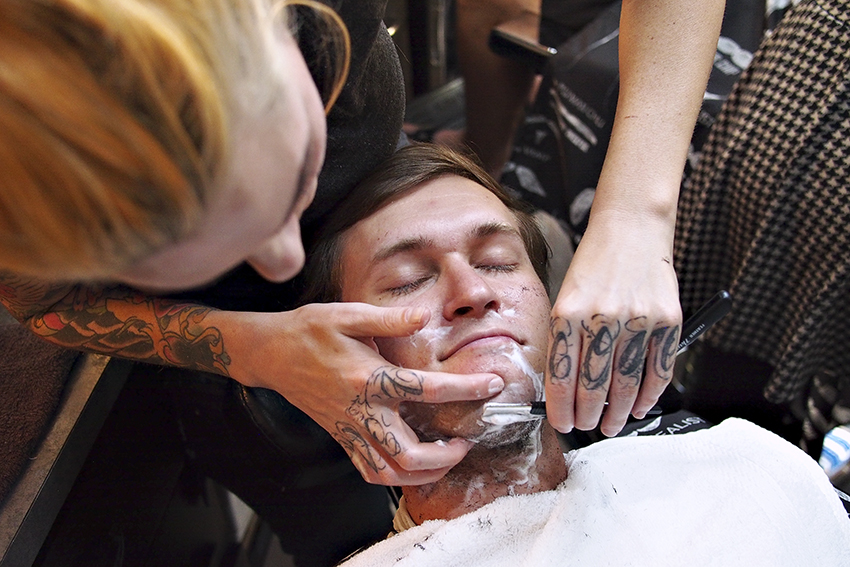 As the winter months come rolling in, so do sweaters and an excuse to skip morning shaves. Though the need to keep warm isn’t as common here in Texas, the incentive to forgo shaving during the month of November remains strong for those who champion raising awareness and funds for cancer research and men’s health.

In the hairy frenzy, things can get confusing, but participants in the trend can largely be broken down into advocates of two separate movements: “No-Shave November” and “Movember.” Both require abstinence from shaving in some form for the duration of the month, but are individually run by nonprofit organizations that focus on different philanthropic causes.

No-Shave November is a nonprofit organization aiming to raise cancer awareness and funds for the American Cancer Society as well as other officially partnered organizations. Participants are encouraged to refrain from shaving for the month of November, a nod to cancer patients losing their hair during treatment. Because beards are visible, they help raise awareness of the cause in addition to raising funds through sponsors of the organization.

Undeclared freshman Josh Antell said he has been participating in No-Shave November for over three years. He said his participation this year holds special significance because the funds will be donated to the Alzheimer’s Association, a cause Antell has personally witnessed.

“I started in 10th grade when I couldn’t even grow facial hair, so now that I’m in college, it’s cool to show off my beard,” Antell said. “My grandfather was diagnosed with Alzheimer’s disease a while ago, so I don’t take moments with him for granted. I do this to honor him.”

It is typically lesser known to UT students that another campaign, Movember, entails extremely similar criteria to No-Shave November. Conceived by a group of Australian men in 2003, Movember challenges men to grow mustaches in an effort raise awareness and funds for prostate cancer research, testicular cancer research and men’s health.

While an abundance of men participate in both events, few are aware of the distinction between the causes behind each organization.

“My entire fraternity is participating in No-Shave November this year,” Stern said. “That’s the reason I’m doing it, but the cause is also very personal because many women in my family have had breast cancer.”

Some participants have already seen results from their efforts. Sports management freshman Landry Levinson said he has gone over 17 days without shaving or cutting his hair. He said he has raised over $25 from sponsors of No-Shave November and hopes to donate even more by the end of the month.

Though men on campus, as well as around the world, will continue to grow out their beards and mustaches until Dec. 1 on behalf of both organizations, Levinson said he believes it is essential for them to identify and understand the purpose behind their efforts.

“I think it is important for people to know which cause they’re raising money for,” Levinson said. “They’re both really important, but I know I feel better about doing it when I see what cause my efforts are helping.”