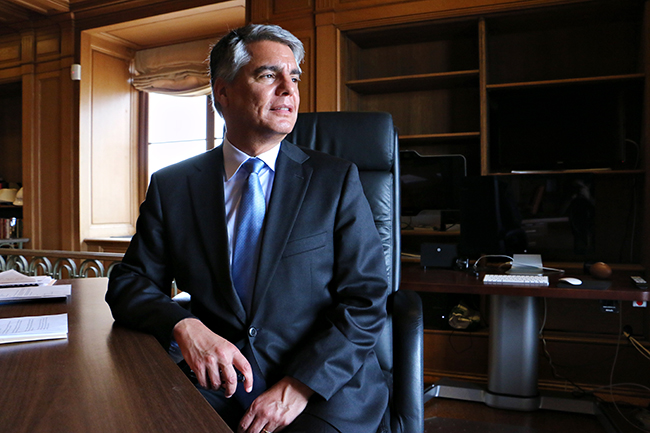 The case of John Doe v Gregory Fenves concluded by settlement Monday, and Doe is “in the clear,” according to his attorney.

John Doe is the pseudonym for a student suspended in April after Fenves determined Doe violated the University’s sexual misconduct policy. After Monday’s hearing, Doe is permanently unsuspended and will be able to enroll in classes in the spring.

Fenves was in court Monday but did not testify. If he took the stand, Fenves could have been questioned on UT’s sexual assault policy.

Doe’s attorney, Brian Roark, said it is unclear whether these types of sexual assault cases will continue to be reviewed by the president’s office, something the lawsuit pushed against. The lawsuit claimed Fenves is a political figure and could have a conflict of interest in deciding the outcomes of sexual misconduct cases.

A Daily Texan investigation found it is unusual for a university president to be the final appellate officer for these cases. At UT, the policy granting that power has been in place since the 1970s.

Roark, however, called this move a “sham” and an “attempt to avoid having Fenves answer questions under oath.”

After Monday’s hearing, which took place largely behind closed doors, Roark said the third party review will no longer happen and there will be no further option to appeal the case.

Outside the courtroom, Fenves did not have any additional comment.