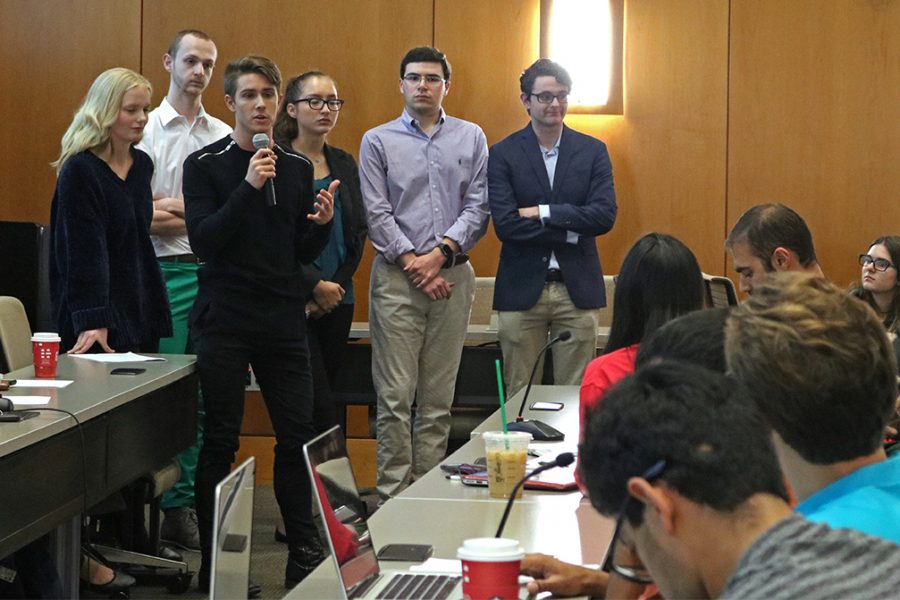 In support of a holistic admissions process, members of the Senate Communications Council proposed a resolution Thursday night to combat internal transfer policies based on GPA in some colleges.

Currently, the Cockrell School of Engineering, McCombs School of Business, Moody College of Communications and some College of Liberal Arts majors determine internal transfer admissions on GPA. Cockrell takes into account what classes a student has taken. Senate Resolution 1710 proposes the policy be changed to include other supplemental materials such as resumes, essays and letters of recommendation.

“It’s important to consider the applicant as a whole because we really want to make sure that every aspect, every good quality about a student is being shown to the college,” said Michelle Lacey, resolution co-author and international relations and global studies senior. “GPA is just a number … this legislation is putting a person behind that number.”

Apart from the above four colleges, UT’s seven other schools accept internal transfers on a holistic review process.

James Treuthardt, marketing and journalism junior and resolution co-author, said a GPA-based decision does not make sense for certain majors, like radio-television-film majors.

The authors of the resolution have not had communications with administration about changing the policies. Treuthardt, who wrote an opinion story for The Daily Texan about Moody’s switch to GPA-based admissions in September, said during the assembly that when he reached out to administration for the piece they were not able to speak on the issue.

The authors used the written opinion in a 2016 U.S. Supreme Court Case between UT and Abigail Fisher to support their argument. The Court declared class rank is not a reliable measure of a student’s qualifications.

“The idea of holistic review is boiled down to considering a person for who they are in their entirety and not focusing on small parts of their identity,” said Marcus Sloan, communications studies sophomore and resolution co-author, during the assembly. “Not only did the Supreme Court rule in favor of holistic review, but the University itself also supported it as well.”

The resolution was passed to councils for further review.