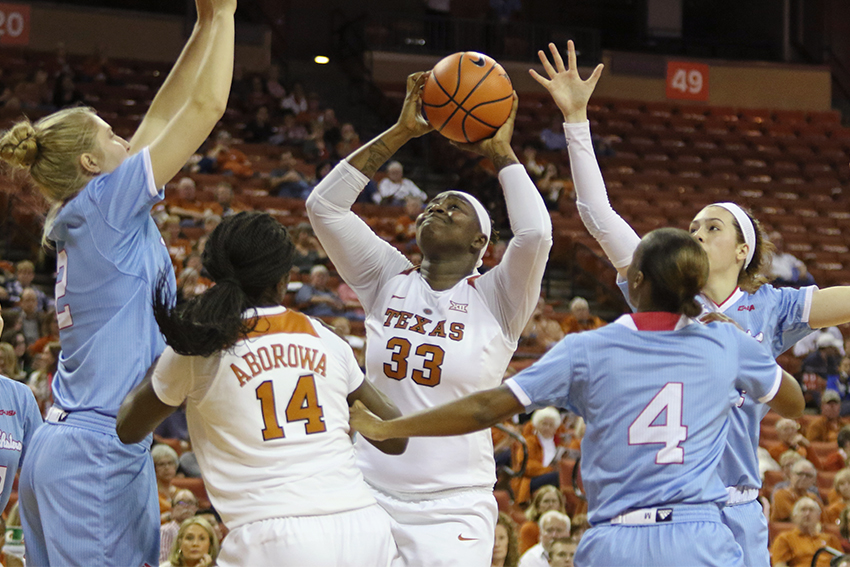 No. 2 Texas has already established itself among the national elite this season, going 7–0 and winning by an average margin of 36.5 points to start the season. The Longhorns punctuated the hot streak on Sunday in an 81-53 victory over Georgia in the Big 12/SEC Challenge.

Here are three takeaways from the early portion of Texas’ red-hot regular season:

Texas dialed in from distance

The Longhorns entered their game against Georgia as the highest-scoring offense in the NCAA, averaging 93 points per game. Texas has found a unique balance between knowing when to attack and when to make the extra pass to turn a good shot into a great shot.

The burnt orange’s offensive explosion has largely been sparked by an improvement from beyond the arc. Through its first six games, Texas as a team had collectively made 38.8 percent of their three-pointers, up from 35.1 percent a year ago.

The Lady Bulldogs were the latest victim of the Longhorns’ sharpshooting. Texas went six of 13 from deep, with seven different players firing from outside. While head coach Karen Aston is pleased her team has a newfound confidence shooting threes, she still wants to make sure it’s the best shot available.

“The only thing you have to be careful of with that is that you don’t shoot too quick,” Aston said. “If we shoot too quick sometimes, then we have no opportunity to rebound. I think we’ve got to get more patient.”

Transfer junior center Jatarie White has wasted no time making an immediate impact for the Longhorns, averaging 11.4 points and 5.3 rebounds. She’s started in all but one game this season and has proven herself to be a force inside the paint.

White had another solid performance against Georgia. She flashed impressive footwork around the basket and finished the game with 13 points and six rebounds. Aston believes White will continue to post impressive numbers as she becomes more comfortable in the team’s system.

“(White’s) just kind of getting her feet wet,” Aston said. “I mean, she hadn’t played in a while. And she’s anxious. She’s learning. It’s still all new to her. The nerves and the anxiousness about playing is something that she’s just got to work herself out of.”

The Longhorns have shown they can be just as stifling on defense as they are prolific on offense. Texas has held teams to just 58.5 points per game this year, tied with No. 1 UConn for 68th in the nation.

However, it remains unknown whether the Longhorns can continue to lock down on defense once it faces more skilled opponents. Among top-10 schools in the AP Poll, Texas is the only team who has yet to play a ranked opponent.

The Longhorns will get their first opportunity Dec. 10 against No. 12 Tennessee on the road. The Lady Volunteers are averaging 81.4 points per game and defeated No. 20 Marquette en route to a perfect 8–0 record. Tip-off in Knoxville is slated for 2 p.m.