We must stop sad tweeting 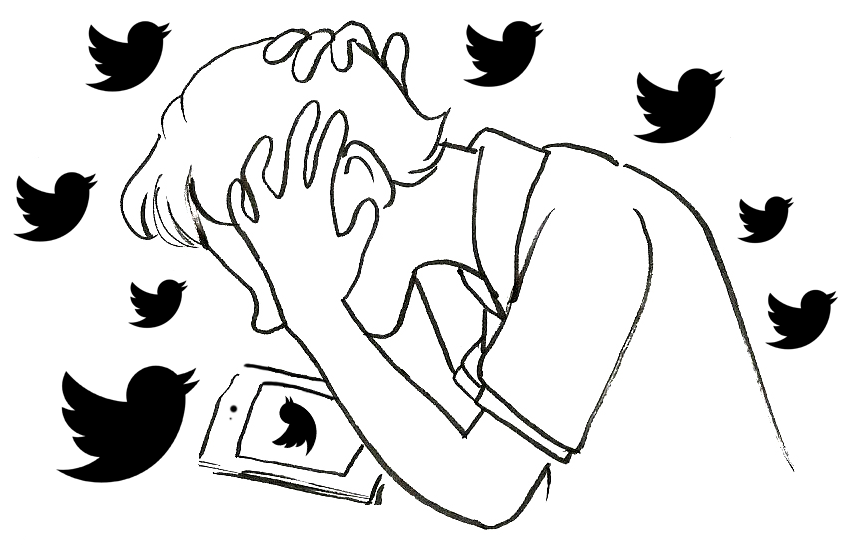 If you’ve scrolled through any social media platform at some point during 2017, you’ve probably been bombarded by alarming phrases such as “I want to die,” or posts that otherwise present depression, anxiety and other serious mental illnesses in a joking manner.

Joking about depression on social media has become increasingly common in our generation, with many of these posts racking up hundreds of thousands of reblogs and retweets. The problem? This phenomenon normalizes the severity of mental illness to the point that it seems trivial, making problems that many people quietly struggle with on a day-to-day basis seem trendy and fashionable. We must stop perpetuating negative exposure of mental illness on social media, as it only allows people to wallow in despair instead of seeking professional treatment.

It’s been said before that the more we are around something, the more likely we are to do it. A 2013 study by the Canadian Medical Association Journal found that exposure to suicide is correlated with suicidal thoughts and suicide attempts in youth.

The skyrocketing rates of suicide and depression among teens are even more troubling. A study published in 2016 by Pediatrics found that the percentage of adolescents who reported a major depressive episode in the last 12 months increased in odds by 37 percent from 2005 to 2014. Furthermore, suicide rates are on the rise again after declining in the ‘80s and ‘90s, rising nearly 25 percent from 10.5 out of every 100,000 people in 1999 to 13 per 100,000 people in 2014. The  fact that suicide is now the second-leading cause of death among U.S. teenagers ages 15 to 19 is startling still.

An astonishing number of American teens struggle with depression and suicidal tendencies. Adolescence is, at best, a confusing time for us all and, at worst, utterly traumatic, so it’s not surprising that young people are hit the hardest. It’s not fair or accurate to attribute these trends to the rise of social media. However, joking about such serious matters on platforms such as Twitter only increases exposure to depression and suicide without any real solution. Though we may not like to admit it, our memes are causing more harm than good. While “I hate myself” and “I wish I was dead” are legitimate feelings that should be addressed, joking about them is problematic and distracts from the real issues at hand.

Before we can have any hope of reversing the alarming rates of depression and suicide within our society, we must first change the way that we talk about them. This starts with creating a dialogue that draws proper care and attention to mental illness without mitigating the tragic emotional circumstances that come with it. And believe me, there are far greater ways to achieve this without joking about wanting to die.

You have 280 characters. Use them wisely.

Braaten is a international relations and global studies junior from Conroe.