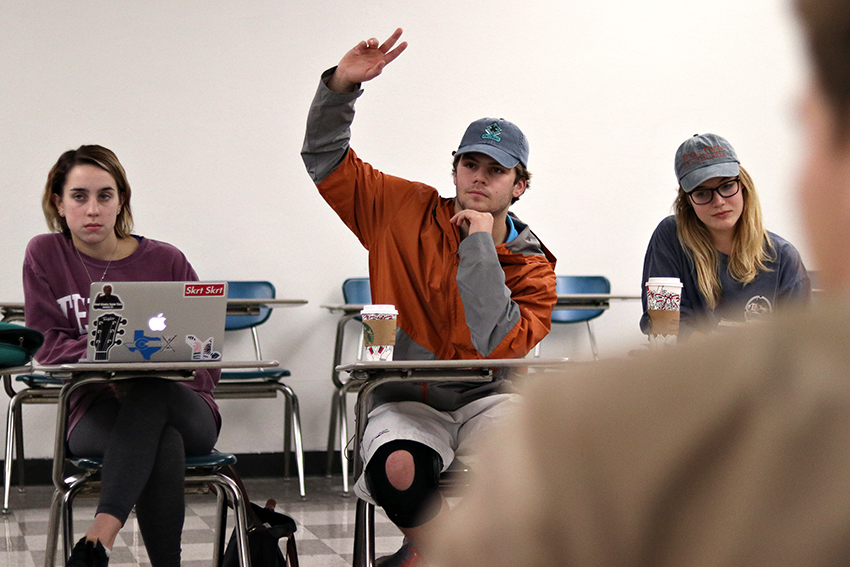 Texas Political Union members discussed on Tuesday the end of the world order as we know it.

The nonpartisan citizen engagement group questioned whether the world order, with America as a global arbiter, has been beneficial overall and if the internet is to blame for its potential downfall.

Physics graduate student Paul Vonder Haar said the current world order is created by people who decide how the world works, such as leaders of powerful countries like the United States.

The winners of World War II set up a system which relied on the cooperation of the states to solve problems, said Nick Romanow, moderator of the panel.

“This sort of grand scheme is kind of coming apart at the seams,” said Romanow, an international relations and global studies freshman. “The world order is possibly no longer a useful tool for sustaining peace. There’s been no World War III … but you could make the argument that it’s coming any day.”

“The way that we see the world, the way that we interact with the world and the way the world interacts with us has changed in the last 20 years or so,” Kampman said. “A lot of what we prioritize today is shaped by the internet.”

Government senior Morgan Peavy said the internet makes the world order seem like it is not providing security and economic prosperity anymore.

“Everything is hyperbolized into something worse than it really is,” Peavy said. “Terrorist attacks are horrible, that’s obvious, but you have a greater chance of being struck by lightning. We think the world is collapsing because we can’t stop terrorist attacks … (The internet facilitates) instantaneous unfiltered communication.”

Romanow asked if small countries with limited resources could prosper without the aid and protection of larger countries, which is he said is currently what much of the world order is based upon.

Bryan Applefeld, an international relations and global studies sophomore, said a small country cannot succeed at first without the resources of a country like the U.S. or China, but that problems may arise if the U.S. continues to intervene too much after the country is successfully standing on its own.

“We don’t want to completely Americanize these countries,” Applefeld said.