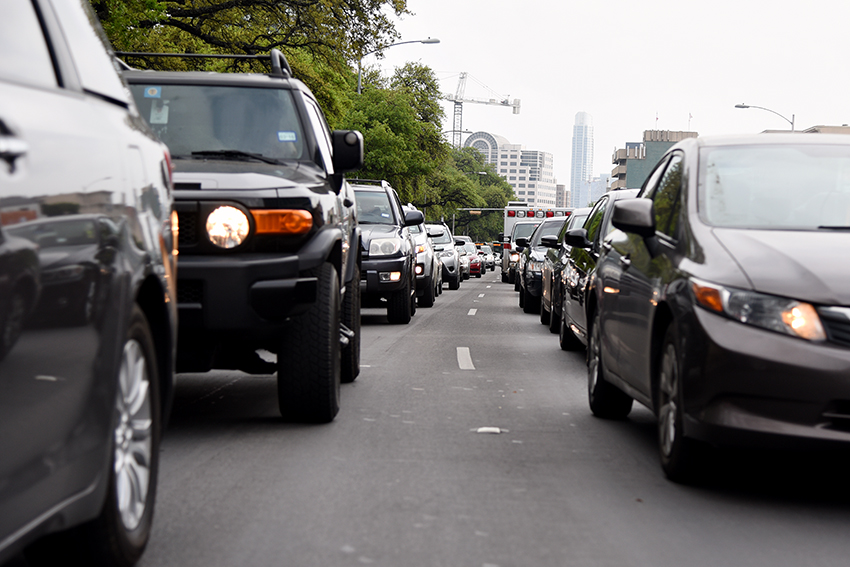 Yesterday, the city of Austin released a report recommending a complete transformation of the Drag, Austin’s gridlocked central artery that thousands of Longhorns get stuck in every day.

The proposal addresses traffic congestion and pedestrian safety by improving sidewalks, adding bike lanes and implementing a set of bus-only lanes. These recommendations are all good ideas, but they’re only Band-Aids for a traffic problem that is out of control. To solve it, UT needs and deserves a rapid transit line on Guadalupe Street.

The benefits are clear. In other cities like Dallas and Houston, rapid transit provides a fast, convenient alternative to driving or riding a slow, uncomfortable bus. UT students and employees alike could take transit to campus instead of contributing to Austin’s traffic crisis or UT’s notorious parking shortage.

Students have recognized the need for such a line for years. In 2013, Student Government passed a resolution in support of a light rail system down the Drag, and previous Daily Texan columns have also argued the merits of building one.

Whether it uses light rail or bus vehicles, rapid transit should serve campus on the Drag — not San Jacinto Boulevard, as was proposed the last time Austin turned down urban rail. Many classrooms and offices are located on the west side of campus, closer to Guadalupe. Students in West Campus would also be beyond walking distance from a San Jacinto line.

The city’s new recommendations for Guadalupe are a step in the right direction, but the Drag is a mess, and we need to think big. The proposed bus lanes are meant for existing Capital Metro buses, and they are also located along the outer edge of the street, which means the buses will be slowed by other traffic making right turns.

The Drag deserves better, and right now, it’s actually being studied by two different transportation departments. Rapid transit would fall under the purview of Cap Metro’s Project Connect, which hasn’t yet officially recommended where Austin’s next big transit project should go, but they are taking a close look at the Guadalupe corridor. Some of the concepts they’ve revealed at recent community workshops include light rail and rapid bus designs on the Drag that don’t rely on right-hand lanes.

Clearly, the city and Project Connect aren’t yet on the same page. Both should start planning immediately for rapid transit on the Drag, where it will best serve UT.

We need a real alternative to staring at brake lights.