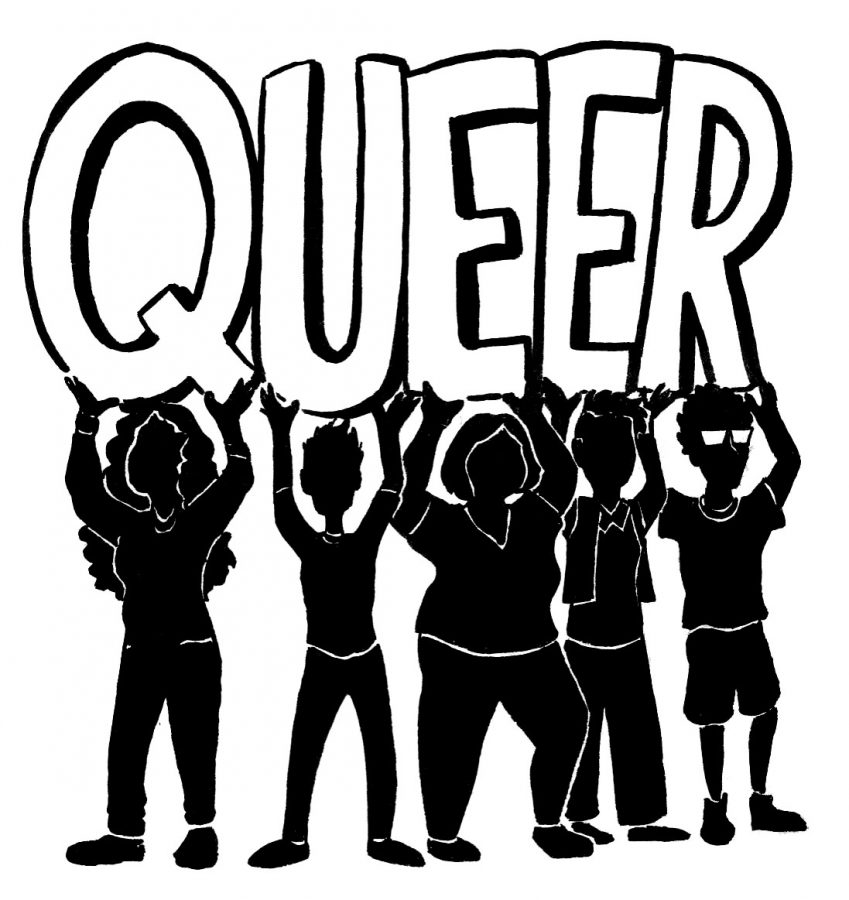 The term Queer has become a complex discussion point for many people in and out of the LGBTQ community. Despite the term’s negative connotation throughout history, many people in the LGBTQ community have reclaimed the term to empower themselves. “(Since) it was once a derogatory term, identifying as queer is kind of a ‘fuck you’ to those who seek to stamp us out or not even acknowledge us as being valid in our sexuaility,” said Madison Baker communications studies senior.

However, the question following the statement “I’m queer” is still often “what does that mean?” — which I’ve received from both members of the LGBTQ community and straight people. There is untapped power in the term queer, and LGBTQ individuals should begin explicitly using the term more often because of its inclusiveness and potential to unify the community and break down normative boundaries.

I and many others use queer in two specific ways: as an umbrella term that houses all LGBTQ identities and as a stand alone identity that encompasses my sexuality, feelings and mindset. The word is an identifier of not just my sexuality, but my entire being.

Sexuality and gender are fluid and non-binary, which made defining my identity confusing and riddled with anxiety. I felt that since I was attracted to men, I had to label myself as gay or bisexual. However, I later realized that my sexuality and identity isn’t fixed, but is malleable and changeable throughout the course of my life. In this way, identifying as queer broke down binaries for me. I believe it has the power to do that for other people who might be struggling with their identity.

Dahlia Lopez engineering sophomore, who identifies as queer, believes that ‘queer’ is easiest to utilize as an umbrella term. “Gay used to be my go-to term, but I think that has been more specified as a term for homosexuality than it is for being LGBTQ”, Lopez said. “A lot of the time I don’t really know how to describe my sexuality, and the variety of terms in the LGBTQ community can sometimes be confusing, so queer has been the term that best describes how (I) identify in the simplest form.”

Queer as an identifying term can unify people in spaces where they feel safe, protected and comfortable. This is important so that people who haven’t defined their identities are accepted in queer spaces. “(Queer) can be unifying for everyone, and if we started talking about queer more it would be good way for people to explore themselves, because that’s what it did for me,” said freshman Micaela Garza.

There’s this really big push on people to label themselves as one sexuality because of heteronormativity. People want to know exactly what you are, but it doesn’t have to be that way. However, it still has a while to go before the ambivalence of the term dissipates in LGBTQ circles.

“I think everybody in the LGBTQ community should be putting their best foot forward with ‘queer,’” Garza said. “It shouldn’t just fall on the people who identify as queer to use it more and push it forward. It starts with us.”