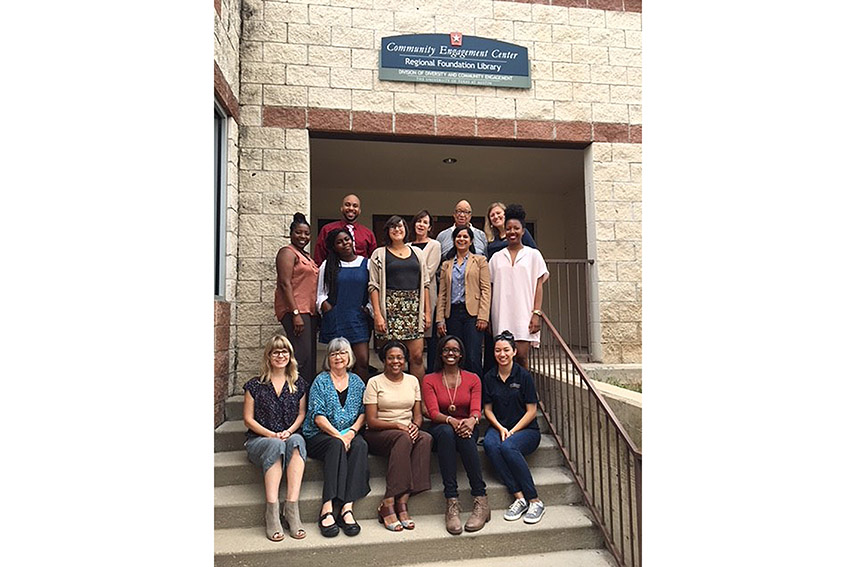 For 10 years, the Marvin C. Griffin building has been home to community discussions on social justice and inequality, but last week, it was time to say goodbye.

The Community Engagement Center, CEC, which serves to connect UT with under-served communities, moved out of its space in East Austin and is now housed at a temporary space at the Centennial Towers in northeast Austin.

“We had been there for almost 10 years, and we have outgrown the space,” said Leslie Blair, executive director of communications for the Division of Diversity and Community Engagement. “It had some office spaces, but it didn’t have quite all the other spaces that we need.”

CEC staff is currently looking for a new permanent space, which will remain in East Austin because of proximity to the community,” CEC director Virginia Cumberbatch said.

“(East Austin) is one of the areas that we’ve identified as historically being an under-served community and so we want to kind of position ourselves in the space that we hope to provide resources to,” Cumberbatch said.

The new space needs to be large enough to accommodate for services provided by the CEC, which include giving assistance to nonprofits through the Texas Grant Resource Center and arranging community gatherings called the Front Porch Gathering. The space also has to be accessible to residents, Cumberbatch said.

“(We want) to have street visibility,” Cumberbatch said. “We want to be a part of the community in a way that people know we’re there, but not in a way that we’re taking over that neighborhood.”

Although the center needs a new space, Cumberbatch said she is grateful for the space at the old building, which the University leased from the Ebenezer Baptist Church.

“UT doesn’t have many leasing properties — we typically own buildings,” Cumberbatch said. “It was a real blessing to have that relationship (with the church).”

Sudeep Shrestha, an economics senior who volunteered for CEC, said the CEC space at the Griffin building has been a place for residents to share ideas. One event that stood out to him was when he saw a senior citizen sharing ideas with a scholar about the Civil War.

“The location itself was designed in such a way that … recognizes the different work of diverse communities,” Shrestha said. “It’s a significant (place) for the community itself to gather together and talk about different issues.”