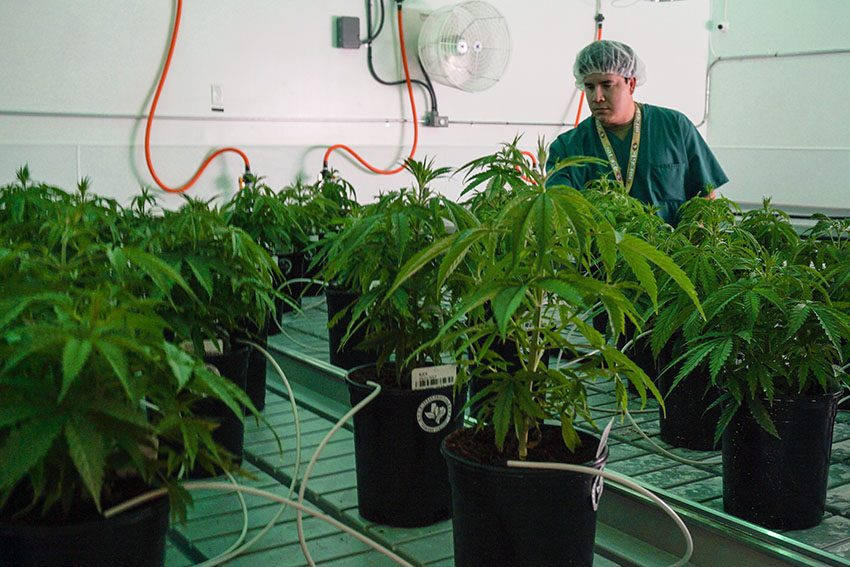 When their daughter, Catherine, was diagnosed with intractable epilepsy at three years old, Terri Carriker and her husband were desperate to find something that would treat her seizures. After multiple treatments failed, and only a few treatment options were left, they sought a less conventional alternative.

Now 15 years old, Catherine has been taking a hemp-based CBD oil for just over a year to alleviate her symptoms.

“We became felons,” Carriker said. “I say that laughingly (now), but it wasn’t without some stress, worrying about (Child Protective Services) knocking at your door.”

Carriker, who had the CBD oil delivered to their home in Austin, is excited to finally be able to legally obtain the medicine that’s been helping her daughter for years.

As a “Conservative, Christian, suburban mom,” fighting for inclusive medicinal marijuana isn’t something Carriker saw herself being apart of. After learning about it and seeing its benefits firsthand, she said she experienced a change of heart.

“Medical marijuana was way off out of my purview,” Carriker said. “I was very quickly convinced that it should be available for any patient that could benefit from it.”

During the 2015 legislative session, Gov. Greg Abbott signed the Texas Compassionate Use Program, legalizing the use of medicinal marijuana for specific diseases. Compassionate Cultivation received their license to grow, sell and distribute medical marijuana on Oct. 31, making them one of only three dispensaries that can legally do so in the state of Texas. The company plans to start selling CBD cannabinoid oil by the end of January 2018.

Compassionate Cultivation and the other Texas dispensaries are only licensed to grow plants with low levels of the psychoactive compound THC and high levels of CBD, a non-psychoactive component. The plants will be compressed with liquid carbon dioxide and refined to a digestible oil all in the dispensary.

In Texas, medical marijuana prescriptions will be restricted to those suffering from intractable epilepsy. Only eight physicians have registered with the Texas Department of Public Safety, a requirement to be able to prescribe CBD oil in Texas. Patients can only request to try this form of medication if they have gone through two unsuccessful prescriptions of conventional seizure medication.

Because of these limitations, not all are satisfied with the Texas Compassionate Use Program. Army veteran Joshua Raines said the current law isn’t inclusive enough. During  his service Raines was subject to multiple brain injuries, but his conditions aren’t enough to grant him a medicinal marijuana prescription in Texas.

“I just want to fix myself,” Raines said. “I got tired of the (Veterans Affairs) medication. It wasn’t me.”

Since discovering medicinal marijuana, Raines has advocated for inclusive medical cannabis laws. According to Raines, the current restrictions are a slap in the face to those who suffer from symptoms that would be relieved by medical marijuana.

“(Medicinal marijuana) allowed me to not be on opioids,” Raines said. “What they’ve passed right now is exceptionally insulting to how many people are suffering in the states.”