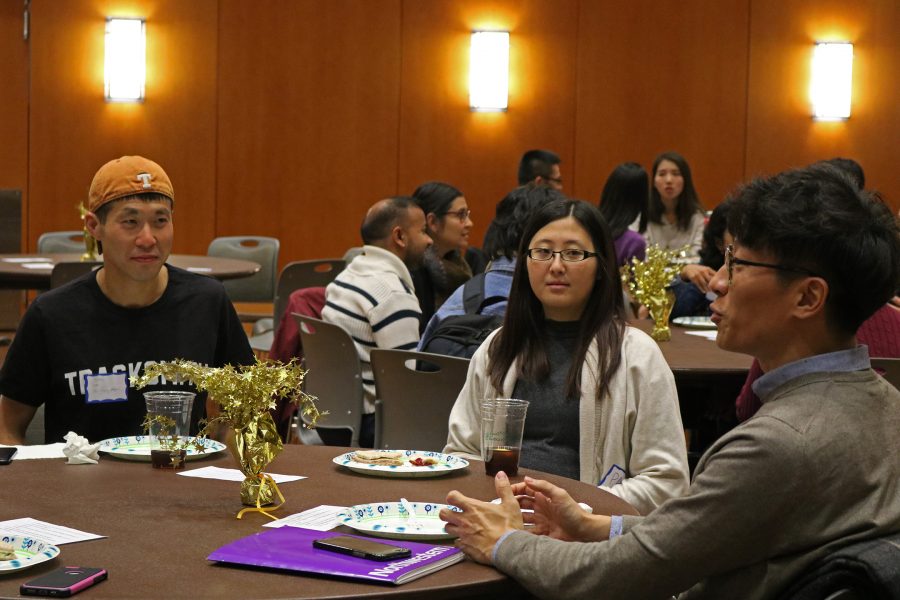 Out of her five professors, business freshman Lynn Huynh said only one is a person of color.

Seeking exposure to faculty and graduate students of a background similar to her own, Huynh decided to attend Tea Time, a networking event held Thursday by the Asian Desi Pacific Islander American Collective.

“In my eyes, these faculty members and graduate students are beacons of light, and I want to learn as much from them as I can,” Huynh said.

At the event, attendees participated in roundtable discussions during which undergraduate students posed questions to graduate students and faculty regarding their professional experiences and the extent to which their racial identities have influenced their careers.

Hollie Yang, educational leadership and policy graduate student, said the event was invaluable to everyone in attendance, especially undergraduate students.

“There are a lot of undergraduate Asian-American students at UT, but in terms of faculty and staff, their representation is relatively small,” Yang said. “When I was in school, I found it really impactful to connect with Asian-American professors and graduate students. It gave me a sense of belonging and provided role models I could identify with.”

Isabel Chou, educational leadership and policy graduate student, said she hoped to pick a faculty member’s brain regarding the various obstacles Asian-Americans face in the workplace.

“With the ‘model-minority myth,’ there is the assumption that Asian-Americans work hard and work well but are not necessarily fit for leadership,” Chou said. “We’re the busy bees working, not the one leading the team. In my field, there isn’t an Asian-American who has paved the way for me. So my question is: If I don’t see anyone like me, how do I even know where to start?”

Veronica Yan, assistant professor of educational psychology, said she empathized with Chou’s concerns and suggested Chou seek out a mentor with whom she can relate on a more personal level, regardless of whether or not they come from the same background.

“I was fortunate enough to find a mentor who was also a minority in the sense that she was a Jewish immigrant,” Yan said. “So, even though she didn’t look like me, she didn’t have the exact same background as me, there were some shared experiences, and there were a lot of things she had learned in negotiating the workplace and life that were very useful to me.”