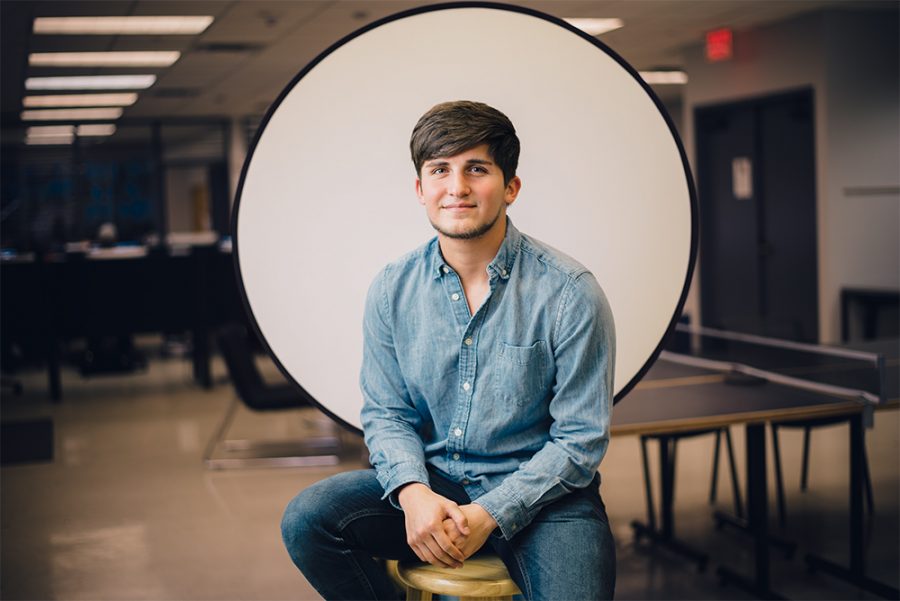 Editor’s note: A 30 column is a chance for departing permanent staff to say farewell and reflect on their time spent in the The Daily Texan. The term comes from the old typesetting mark (-30-) to denote the end of a line.

Three consecutive upsets. Down went Ellie, Trent, then Peter. Last night was the last time I would play ping-pong in the office, one of the many things the Texan has introduced to me over the years.

Five semesters ago, a Facebook post brought me, a second-year student interested in photography, down the dark, musty basement steps everyone always has to mention in these things. Not sure if it was Daulton’s incredibly welcoming and cheerful demeanor or my eagerness to shoot that made me want the gig. If you’ve met Daulton, you know the answer. All jokes aside, I’m forever grateful he took me on even if most of my takes as a tryout consisted of a measly 8 to 15 photos.

Rachel took a chance on me and reached out to make me a senior photographer. Josh kept me around and strengthened the department. Zoe made me an associate photo editor and really made it feel like family around here.

Yeah, in the thousands of photos I’ve shot for the Texan, and roughly 800 published, there are so many memories. However, they all pale in comparison to the memories and relationships I’ve made in the office. In the last five semesters, The Texan has become a home with a great family that has made my college experience worthwhile. As each semester went by, I told myself it’d be the last, but the people always brought me back.

Josh, Zoe, Cano, Mary and Rachel: I hate each of you for deciding to leave at the same time, but thank you for being such an integral part of making The Texan my home. I couldn’t have asked for a better staff to work alongside with. Photo doesn’t feel like photo without you all.

Trent, Keshav, Drew, Dalton, Matt and Alex: Thanks for the jokes, the ping-pong, the great assignments, and mostly thanks for giving me something to look forward to every Sunday morning by playing pickup.

Ellie: Thanks for being such a pleasure to work with these last two semesters while I’ve been an associate. I’m excited to see where you end up. There’s an office of people looking up to you and I’m sure you’ll excel in everything you do.

Juan: Thank you for carrying the heavy load as photo editor this semester. I know it wasn’t easy with everyone leaving, but you still rocked it. Trust your gut and you’ll do great!

Vanessa, Alex, Steven and Kirsten: Thanks for being such great friends this semester, and being my targets whenever I just felt like being sarcastic. I’ll miss our hangouts, and I’ll definitely miss all of the video games.

Peter: Thank you for the goods and the ping-pong victories. It seems it was all I ever got.

Alexandria: Thanks for being my rock and putting up with me living at the office, randomly becoming unavailable because I picked up an assignment and not hating me too much for not being in the stands to cheer Texas on with you.

Thank you to The Daily Texan.