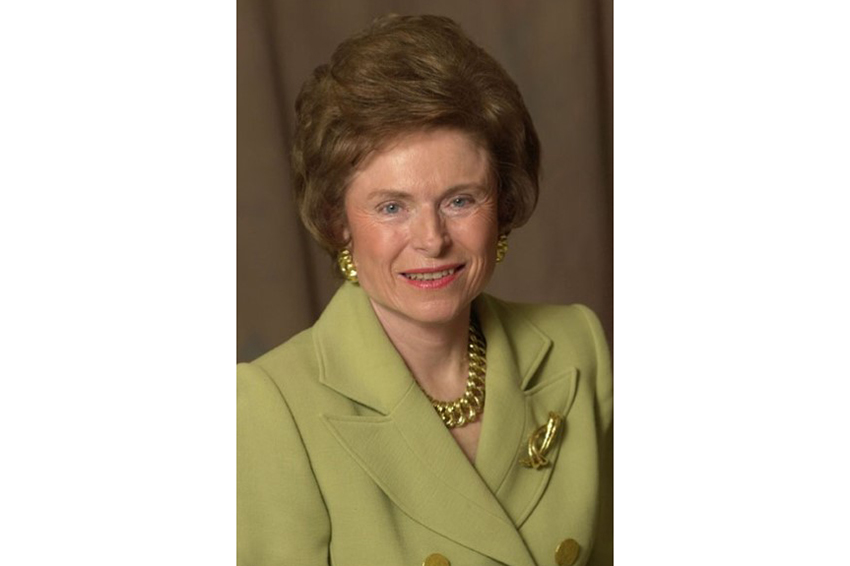 Rita Clements, former first lady of Texas, died Saturday morning from complications due to Alzheimer’s disease, according to the Dallas Morning News.

In 2009, Rita Clements and her husband, the late Gov. Bill Clements, received the Santa Rita Award for their contributions to the System. That same year, the pair donated $100 million to UT Southwestern Medical Center.

Two decades earlier, she received the Distinguished Alumni Award from the University.

“Rita Clements was an outstanding First Lady of Texas, committed public servant and proud Longhorn who loved her alma mater and dedicated her life to making it even greater,” said UT President Gregory Fenves in a statement. “The UT community mourns her loss and sends our thoughts and prayers to her family … Her legacy will endure on campus for generations to come.”

Fenves said Rita Clements was an early supporter of the Normandy Scholars program. UT’s Clement’s Center for National Security was named after her husband.

While her husband was in office, Rita Clements led the restoration of the Governor’s Mansion, which had been deteriorating for some time, according to the Dallas Morning News. She later won the Ruth B. Lester Award from the Texas Historical Commission for her work.

In a statement Saturday, Gov. Greg Abbott said Rita Clements was "a great steward of the Governor's Mansion."

"Texas has suffered a tremendous loss, but Rita leaves behind an incredible legacy," Abbott said.