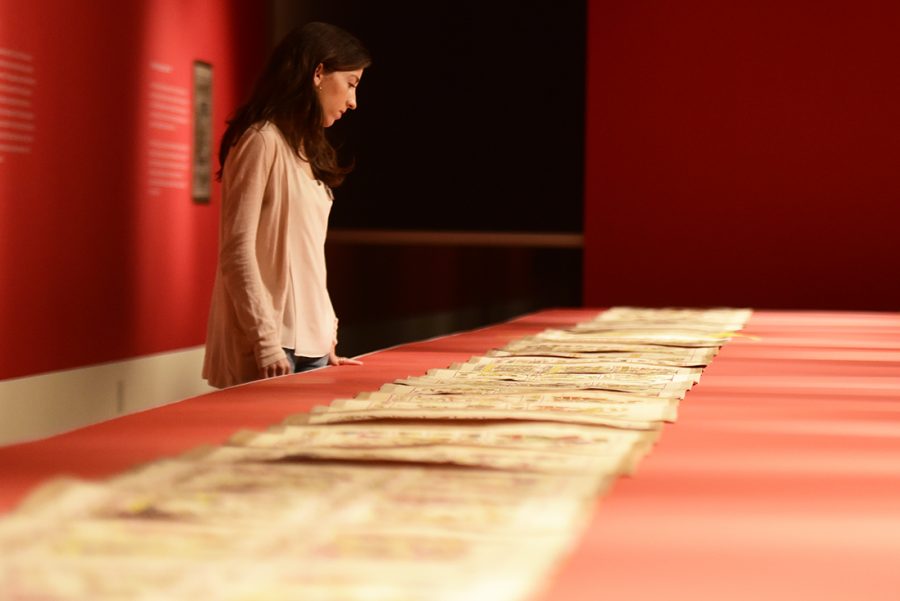 Scholars and enthusiasts from across the globe viewed art exhibitions, deciphered Mayan hieroglyphics and attended lectures about volcanoes and artifacts at the Department of Art and Art History’s 40th annual “Mesoamerica Meetings” held from Jan. 9 to 13.

Previously known as “The Maya Meetings,” the convention was a hub for scholars to learn more about Mayan research. This year is the convention’s first as the “Mesoamerica Meetings.” The theme was “Mesoamerican Philosophies: Animate Matter, Metaphysics and the Natural Environment” and was intended to broaden the meetings’ scope.

“People come here to learn about the latest finds and latest discoveries in archeology and deciphering glyphs,” said David Stuart, director of the Mesoamerica Center. “It’s a hotbed of intellectual exchange and new ideas.”

Stuart attended the first meeting in 1978 as a 12-year-old with a passion for Mayan archaeology. Now as director, he is excited to take the convention in a new direction that reflects increased intellectual interest in other areas of Mesoamerica.

“We don’t want to homogenize Mesoamerica to create a fallacy of a unified vision,” Stuart said. “We want to celebrate a diversity of ideas.”

Graduate student Stephanie Strauss, graduate coordinator for the Mesoamerica Meetings, studies Olmec linguistics. While her studies are often labeled “ancient,” she said Mayan and Mesoamerican culture is still vibrant and alive today, and it should be studied as often as other Western cultures.

“It’s really important to (study) ancient Mesoamerica because it’s this indigenous history of North, Central and South America that is really close to the heart of a lot of students and a lot of people who live in the American southwest,” Strauss said.

Social worker Lorna Huff traveled from Canada to attend the Mesoamerica Meetings. Huff developed a passion for ancient Mesoamerican culture after visiting the Chichen Itza ruins in Mexico, and she now attends conventions and writes poetry and academic papers based off her recreational research.

“Rather than sit on a beach, I (like to) come to the meetings and learn something, hang out with Mayanists,” Huff said.

As the convention continues to expand, Stuart said he wants to incorporate indigenous voices to allow for a personal perspective in the hopes of giving back to the Mesoamerican communities through his studies.

“We’re talking about big ideas,” Stuart said. “Do we keep that in the ivory tower, or do we apply it?”