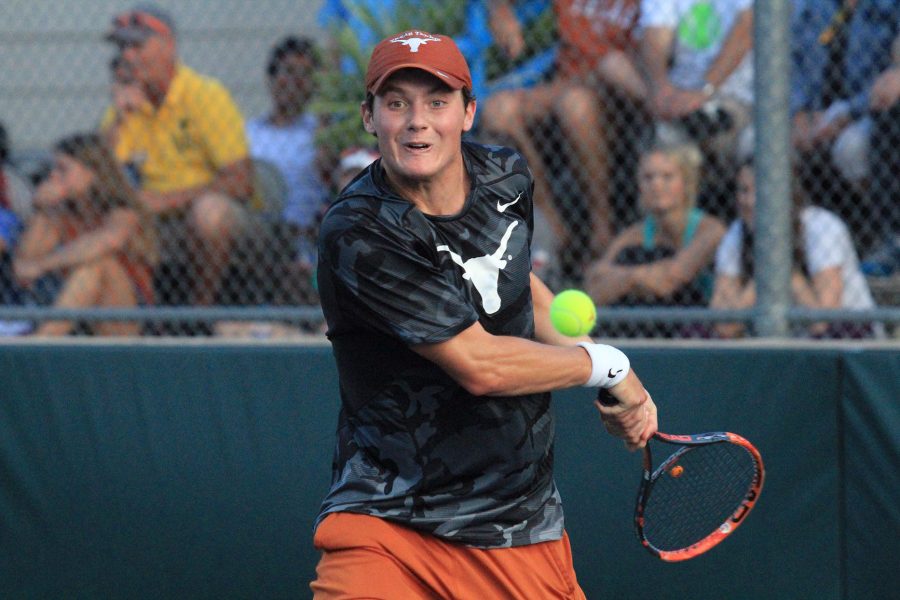 High preseason rankings, an early award and the opening of a new facility look to make the 2018 spring season one to remember for the Longhorn men’s and women’s tennis teams.

The Longhorns will begin their spring seasons this weekend with the full-scale launch of their new home — the Texas Tennis Center.

Since the end of the 2014 spring season and the retirement of the Penick-Allison Tennis Center, the University has worked on creating a new place for the men’s and women’s teams to practice and play.

The brand-new, 12-court facility at the Texas Tennis Center has been a long time coming for the Longhorns’ tennis program. A grand opening ceremony is scheduled for 1 p.m. Sunday at the facility.

The No. 8-ranked men’s team will play a doubleheader at the new facility on Friday — UTSA at 12 p.m. and Texas A&M-Corpus Christi at 4 p.m. The Longhorn men will also play on Sunday against SMU at 2:30 p.m.

The Longhorn men had great success this past fall, which they are looking to build on as their main season revs up. Brazilian junior Leonardo Telles won the ITA Regional Championship and was a finalist at the Cajun Tennis Classic, where he lost to fellow Longhorn, senior John Mee.

Juniors Colin Markes and Adrian Ortiz took home first place in the doubles pool at the Racquet Club Collegiate Invitational. Ortiz missed all of the 2016-17 season due to injury, and his on-court success in the fall was a positive sign for Texas as he looks to continue playing well in the spring. Look for junior Harrison Scott and sophomore Yuya Ito to build off success from last season as the anchors for the men’s team.

On the women’s side, the Longhorns return five of their six singles starters from 2017. The Longhorn women enter their spring season ranked No. 12, their highest team ranking since the 2013 season, when they were ranked No. 11.

On Tuesday, the Big 12 Conference announced sophomore Anna Turati, ranked No. 87, as the first women’s tennis player of the week for the 2018 season.

Turati impressed last weekend at the annual National Collegiate Tennis Classic, winning all three matches, including two against ranked opponents. But Anna is not the only Turati looking to excel for the Longhorns this spring.

Her twin sister, Bianca, ranks a career-high No. 10 and looks to serve as an integral piece of the Longhorns’ squad this season as Texas begins 2018 at a new venue.

The Longhorn women will play their inaugural set of matches at the new facility Saturday, hosting Texas State at 10 a.m. and UT-Rio Grande Valley at 3 p.m.