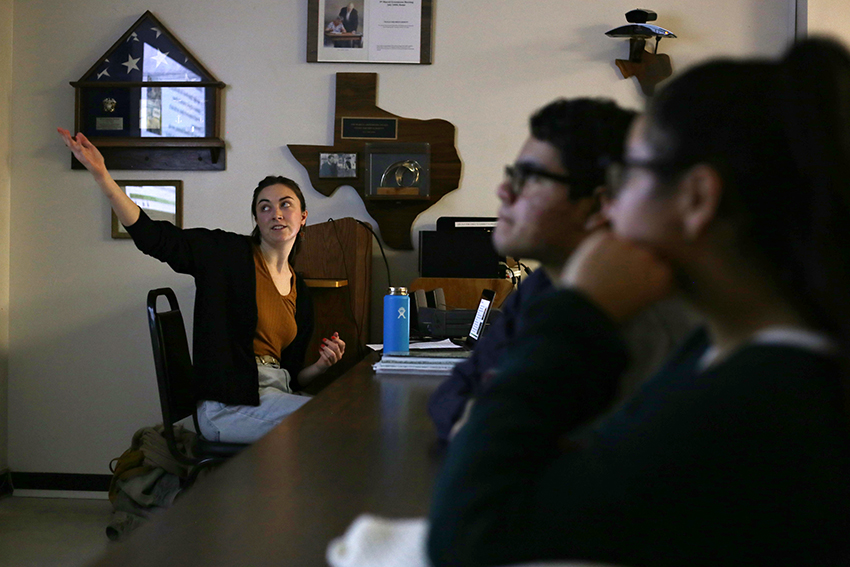 Students and faculty from across the UT’s campus filled a small room to the brim to discuss the Catalan Referendum at the 56th Molotov Seminar after a multimedia presentation on Friday evening.

The Molotov seminar series began in June 2015, after physics graduate student Abhranil Das was inspired by another series called the Whizkey Seminar. Seminar attendees drew from their own related experiences and voiced their opinions, engaging in a friendly debate.

Das said he wanted to create a space for physics graduate students to discuss ideas outside of their field of study.

“A lot of people here at UT are really intelligent and have a world of ideas within their heads that need sharing,” Das said. “I wanted to create a structured space for discussing these ideas.”

The seminars are held every Friday, and the length and attendance vary based on the topics being discussed. While these seminars first started as a place for physics PhD students to talk about their interests, it is now open to a wider variety of speakers.

“This event mainly started as a way for physics PhD students to get a break from talking about physics,” said economics senior Ian Mcminn, who has hosted two seminars. “We talk about a wide variety of topics, and it helps with our communication skills.”

Das said the seminar series has increased in popularity over the years as students from different areas of study became interested in the event.

“Sometimes I hold the seminars in a large room to encourage more debate on popular topics,” Das said. “Over the years, the attendance rate has grown and many of the people contributing to the discussions are not affiliated with the University.”

“I left right before Catalonia voted for independence from Spain last October,” Paoletta said. “I wanted to pick a topic that was relatively recent in the media that would spark discussion amongst the audience.”

Julia Strout, computer science masters student, said Paoletta was her friend, and she decided to attend when she saw the event on the UT events schedule.

“Being a computer science student, it was interesting learning about something I don’t know much about,” Strout said. “This was my first seminar, and I thoroughly enjoyed it.”