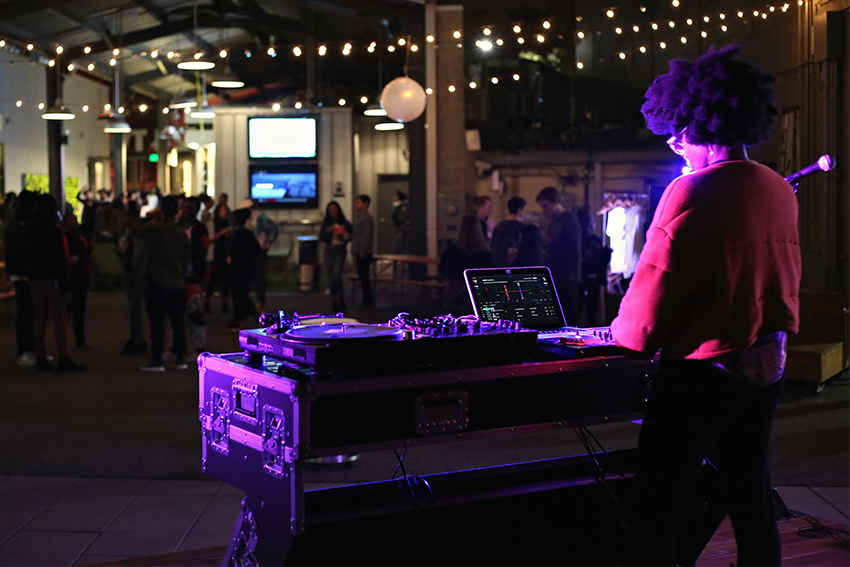 The South has something to say.

That is the main idea behind UT alumnus Quinton Boudwin’s MUD Magazine, which celebrated its three-year anniversary at Space 24 Twenty on Saturday night.

“(MUD is) a platform to elevate the voices of the South because there’s this stigma that people can’t stay here and thrive as creatives,” MUD Editorial Director Amarie Gipson said. “It’s a pushback to that.”

MUD Magazine started in December 2015 as a space for people of color to share their appreciation for southern culture. Gipson, an art history senior at St. Edward’s University, joined the team in September 2016 and said MUD drew her in because it appeals to a “young, trendy diverse audience that does not exist in Austin at large.”

“In Austin, there’s this illusion of inclusivity for people of color,” Gipson said. “People of color can’t enjoy the same level of comfort that white people do in the city, so we really use our events to open that up for people.”

With their third-year anniversary comes a re-launch of their website, which will feature multi-platform coverage of southern artists not included in their quarterly publications.

“It’s going to open a lot more doors,” said Collin Sees, creative director and co-founder. “Everything is on the internet. If somebody has a website, it’s so much better than a business card or anything else.”

MUD plans to host more events in many states across the South to expand their reach. They have already hosted events at South by Southwest and Atlanta.

“(Our brand) definitely goes past the scope of Austin,” said Sees, a UT alumnus. “We’ve been all around the place, but we need to start nestling down in those
areas and making a bigger impact.”

Mary Catherine Ellis, a digital media management junior at St. Edward’s University, has been attending MUD Magazine events for the past two years, and she said she admires the warmth among MUD staff and the creative community in Austin.

“Instead of being a cut-throat competition, everyone is helping each other get to the top,” Ellis said.

Gipson said MUD’s job is to recognize and elevate the work of artists in the area so that appreciation of the South can become more mainstream.

“The South is super underrated,” Gipson said. “Southern culture dictates what the rest of the country is on, and a lot of people don’t want to realize that.”