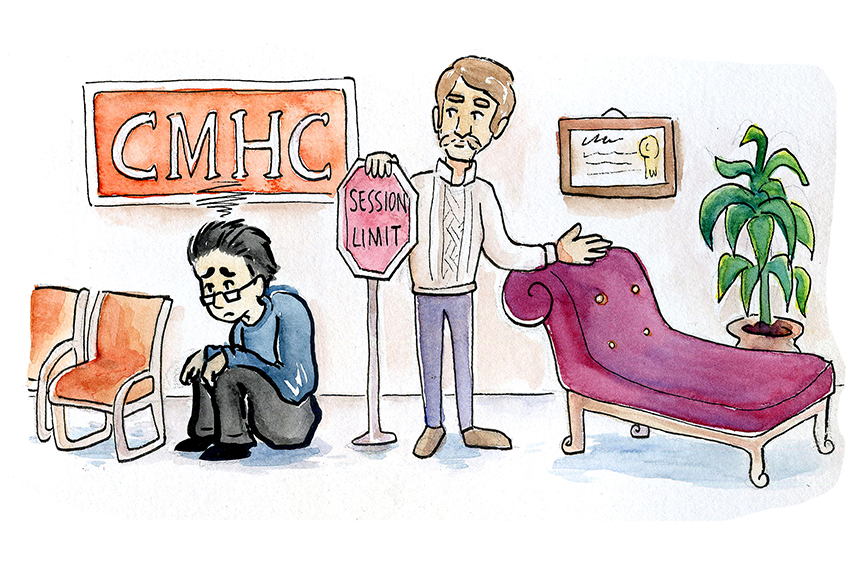 Despite misconceptions across campus, the Counseling and Mental Health Center has no concrete limit to the number of counseling sessions available to students.

Marla Craig, associate director for clinical services at CMHC, said although there is no fixed number, the CMHC only offers short-term counseling for students, and the average student completes three sessions.

When a student first comes to the CMHC, a counselor conducts a brief assessment and suggests counseling options based on their needs. If short-term counseling at CMHC is deemed best for the student, they are scheduled for four weekly appointments. At the end of the four weeks, the student is scheduled for two follow-up appointments, which serve as a re-evaluation of the student’s needs.

These two phases make for a combined total of six sessions -— but during the follow-up appointments, the counselor and student may decide there is a need for more sessions.

Craig said the CMHC has made many changes to their clinical system in the past few years and does not recall having information on a hard six-session limit posted on their website.

With 12 percent of the 50,000 students on campus using CMHC services, Craig said the resources still do not exist for unlimited counseling. While she said smaller schools may have the resources for unlimited sessions, CMHC’s policy is not necessarily unusual.

“This is a national struggle,” Craig said. “We are not alone.”

Dauphine Sizer, a rhetoric and writing senior, said she went to one counseling appointment at the CMHC in 2015 but eventually went to an outside therapist instead.

“In an intake session, you can only get so far … and it was very introductory, and I didn’t feel like one session helped me a whole lot,” Sizer said. “But when I (thought they had) a six-session limit, I was like, ‘Well, I don’t want to do the six sessions with this one counselor and then have to go to somebody else.’”

Craig said she understands going to an outside therapist may give students concerns regarding finances, transportation and the intimidating process of setting up an appointment themselves. The case management program at CMHC helps students get connected with outside clinicians.

Hannah Rens, aerospace engineering sophomore, said she went to four counseling appointments at the CMHC and found the sessions helpful, but also said the CMHC should make information more transparent and accessible for students.

“It can be confusing to navigate, especially because it’s a stressful, tough time having mismatched information thrown at you,” Rens said. “The website is not clear and is confusing … A lot of people don’t know what it looks like when they show up for counseling for the first time.”

Craig suggests students call or visit the CMHC if they have questions about CMHC services.