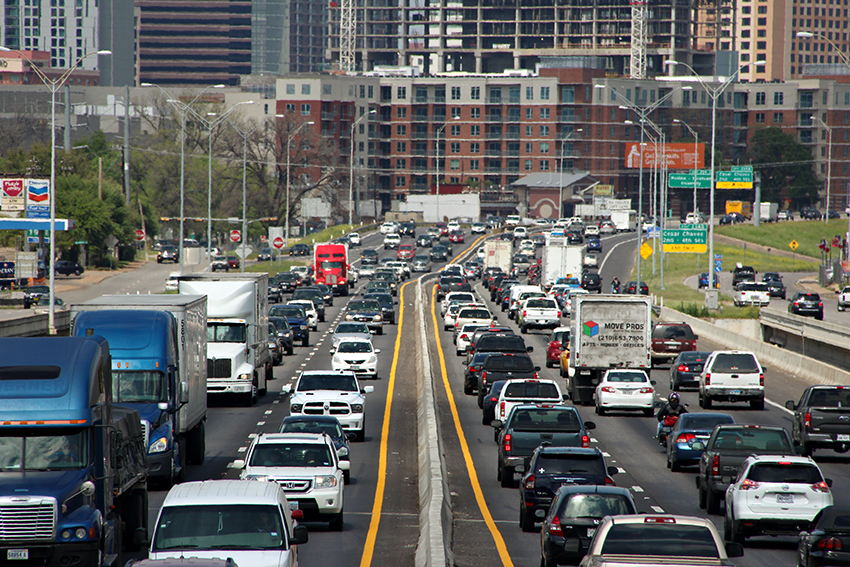 Interstate 35 may be the worst thing about Austin. It’s a frustrating mess of a road that serves as one of a few routes that cross the river. No one who takes I-35 ever looks forward to their trip, and from the upper-lower deck split to the huge bend just past Riverside, traffic is almost always terrible.

There is, however, a relatively cheap, simple and fast way for the state to reduce the traffic on I-35: Texas Department of Transportation should remove all tolls from State Highway 130 to make it the alternative route to I-35 it was meant to be.

There are a few projects that seek to alter I-35 in some way, such as by adding toll lanes or sinking the highway through downtown. These projects would be very costly and would cause years of headaches for Austinites before there would be any sort of payoff, if at all.

Although SH 130 was designed to divert through traffic around Austin, many drivers still take I-35 instead of SH 130 because of the tolls, even if they don’t plan to stop in Austin. This system was originally conceived as a way to route big rigs coming up from Mexico away from I-35 after the passage of NAFTA. But with a little imagination, it could be used by cars that want to circumvent Austin.

The original study estimated 119,173 vehicles would take SH 130 daily by 2015. A study by Texas A&M Transportation Institute found only 40,000 vehicles a day were taking SH 130. The company originally contracted to build the highway has been floundering due to this reality. After one year, the company downgraded the debt of the SH 130 Concession Company to junk status because usage was so much lower than what was predicted. After four years, the company had to file for bankruptcy.

SH 130 was opened in 2012. In its current form, SH 130 runs from San Antonio along Interstate 10 to Seguin, where it breaks away to the north, passing east of Austin until it terminates into I-35 in Georgetown. The main problem with the route is that it goes so far out of the way that it’s often barely faster than driving through Austin. Why would anyone, big rig or car, pay a toll to get to the same place in the same amount of time?

The Texas A&M Transportation Institute study found that 14 percent of vehicles that travel along I-35 through Austin do so without stopping. Of those, only 1 percent are big rigs. To mitigate I-35 traffic problems, we should focus on the cars that are using I-35 as a pass-through route. Getting that many cars off I-35 would have a substantial impact on the quality of life of those who must take the worst road in Austin.

State Rep. Paul Workman, R-Austin, introduced a bill in 2013 to remove all tolls from SH 130 and redesignate it as an interstate. The bill failed to become law, but that doesn’t mean another couldn’t pass in the future. There are very few opportunities to reduce the number of vehicles on a highway by this much without building something new. The state should take a serious look at the value SH 130 provides and the value it could provide without tolls.

Rigney is a Government senior from Austin.