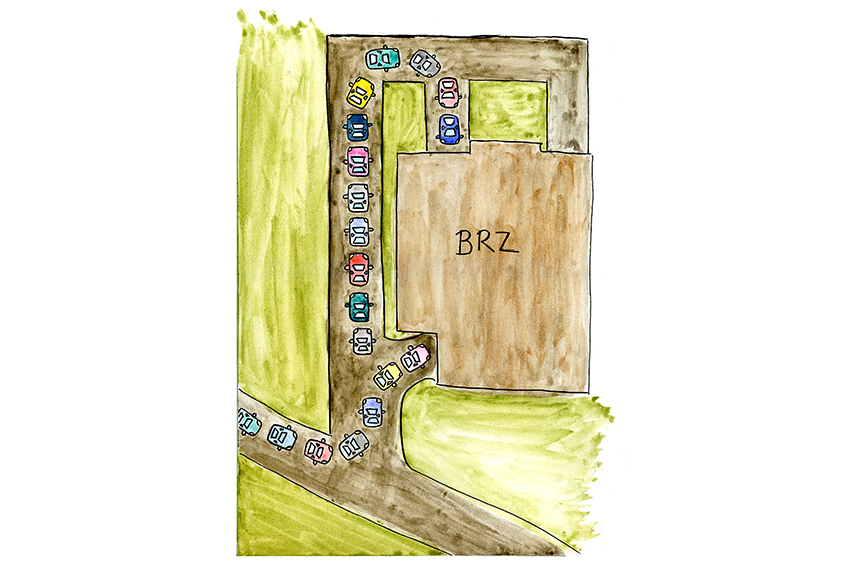 A new year is bringing new changes to University parking garages. This semester, UT Parking and Transportation Services is installing new parking machines in campus garages. However, the change is causing some problems for frequent garage users by requiring them to obtain new credentials.

“The change impacts everyone with access to (a) garage,” PTS director Bobby Stone said. “It will have a bigger impact on faculty and staff because the credentials that they use to enter with will need to be changed.”

The new machines introduce a bar code scanner as one of the methods of reading permits, making PTS’ operation more efficient. While rearview mirror permits will be compatible with the new machines, non-permit holders will have to obtain new passes that are compatible with the new equipment and other permit holders will no longer be able to use proximity cards to enter garages. PTS is making sure to send out emails to those impacted by the change, Stone said.

While the upgrade is intended to be more efficient, students and faculty have encountered problems with the new system.

Emily Howell, health promotion and behavioral science senior, said she was stuck in the Brazos Garage for about an hour last week because of a system malfunction.

“I had just gotten off work the same time that the UT basketball game had gotten out, and I was trying to leave the garage, as were all of the people that were at the game,” Howell said. “It ended up (that) every single kiosk that was in the garage was jammed and so no one could leave.”

Vicente Lozano, University Writing Center systems administrator, also had trouble leaving the garage at the beginning of the month.

Lozano said PTS should have had people physically there to help, and he would have preferred there be more warning about the new changes.

“There (was) next to no signage about the change,” Lozano said. “I think (emails) are one valid way for the word to get out, but many times those get filtered or people don’t read them.”

Aware of recent problems, Stone said PTS will have people available to help at garages as they are converted.

“You’re always disappointed when the equipment doesn’t operate the way you want,” Stone said. “It doesn’t happen often, but it does happen, and when it does happen we try to get folks in place to assist with getting people out as quickly as possible.”

Despite these initial setbacks, Stone said the new system’s main advantage is giving students and faculty more ways to get into parking garages.

As of now, the only parking garage with completely new machines is the Brazos Garage. This will require frequent users to obtain new credentials, according to PTS’ Garage Equipment Conversion webpage. All campus garages are expected to be converted except the East Campus Garage and the Health Center Garage.