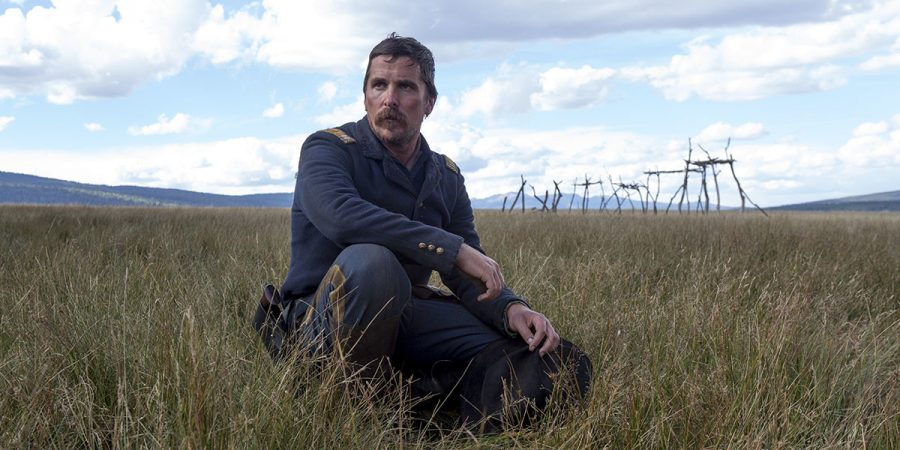 What is the price of soldiers just following orders?

This is the question at the heart of “Hostiles,” a new Western starring Christian Bale. Not content with simply telling the heroic story of men with questionable pasts, director Scott Cooper dives deep into the moral failures of the American cowboy, and it’s just a shame the story itself isn’t quite as innovative.

Bale stars as Captain Joseph Blocker, a seasoned army veteran with plans to retire. The film makes it clear very early on that Blocker has a history taking part in the slaughter of Native Americans, never allowing the viewer to see him as a clear-cut hero. It’s a bold choice, especially for a beloved genre full of John Waynes and Clint Eastwoods.

Due to Blocker’s knowledge of the prairieland in the heart of America, he’s assigned to escort the recently-freed Native American Chief Yellow Hawk (Wes Studi) back to his home in Montana. However, in an all-too-easy twist of fate, it is revealed that Yellow Hawk once led many of the Native Americans who fought against Blocker.

Different soldiers populate the periphery of “Hostiles,” each played by another recognizable actor, including Timothée Chalamet, Jesse Plemons and Stephen Lang. The movie has a pretty lazy setup, but it takes an interesting set of characters and injects them in this well-worn story. Blocker’s traveling party hosts progressive and prejudiced soldiers mixed with Natives, allowing the characters to have fascinating discussions along the way.

The group comes upon the ashes of a pioneer family’s house, recently burned down by an attacking group of Native Americans. The only member of the family left alive is the mother, played brilliantly by Rosamund Pike. With Pike’s character, Rosalie Quaid, Scott Cooper had the opportunity to forge a new kind of western hero, as her arc to this point closely matches that of John Wayne in “The Searchers.” Unfortunately, the only time Pike gets to branch out of her role as a grieving mother is when she plays a crying damsel in distress. The movie’s refusal to allow Quaid any agency is a particularly painful mistake that could have easily been rectified by a better filmmaker.

As the group’s journey continues, they encounter many obstacles, including treacherous mountains, war parties and racist military deserters. The only true action scene involves a surprise Comanche raid, but it’s a disappointing mess. The fighting itself is hard to follow, and Cooper never really takes advantage of potentially bold imagery, though for a moment it shows one Native American suffocating another by using the chains around his arms. It hints at how great
“Hostiles” could have been under the guidance of an adept director, but Cooper just pans right past this scene like it is any other.

The core of “Hostiles” comes from the moments when the characters just sit around and talk with one another, building upon the film’s strongest elements: its themes and characters. In one scene, Blocker argues with another soldier who calls out his hypocrisy — how could he indiscriminately murder Native Americans one day, but turn around and escort their chief to victory on another? Blocker admits that he was just doing his job, instantly drawing a comparison between these American soldiers and arguments by Nazis during the Nuremberg Trials. As he travels with a party of Native Americans, Blocker grows past his small-minded view of the world, and Christian Bale lends an authentic believability to the role. You can see the pain in his eyes when Blocker realizes what he’s done.

Scott Cooper’s “Hostiles” is nothing if not bold. It fails as an original, engaging story, but as a self-critical subversion of the Western genre, it shines.