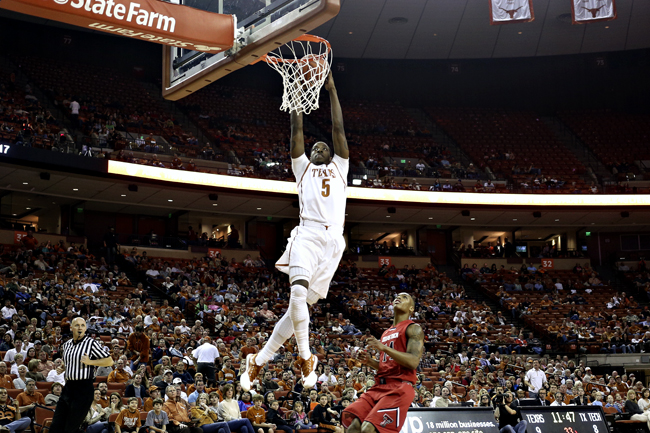 All eyes will be upon Texas next Saturday. ESPN’s College GameDay crew is making its first visit to Austin since February 2009 in wake of next week’s Texas-Oklahoma matchup.

College GameDay airs from 10-11 a.m. CT, and the Frank Erwin Center doors will open at 9 a.m. for fans. This will be the third time the crew has visited Austin. The Longhorns have won each of the two previously showcased games. The on-air team consists of Rece Davis, Jay Bilas, Seth Greenberg and Jay Williams.

At 12 p.m., Texas plays TCU in women’s basketball, and all fans in attendance for GameDay will receive the opportunity to stay and watch for free. The marquee matchup of Texas and No. 12 Oklahoma doesn’t tip off until 5:15 p.m. — several hours after GameDay and the women’s game will wrap up.

A battle between two of the nation’s best freshmen is one reason ESPN selected Austin as its next location. Texas center Mo Bamba averages a double-double and ranks second in the nation in blocks per game (4.4). Oklahoma point guard Trae Young is on pace to win the Naismith College Player of the Year, as he leads the NCAA in both points (30.3) and assists (9.6). The two will meet for their first time ever on Saturday evening.