Shared autonomous cars could be better for the environment, civil engineers say 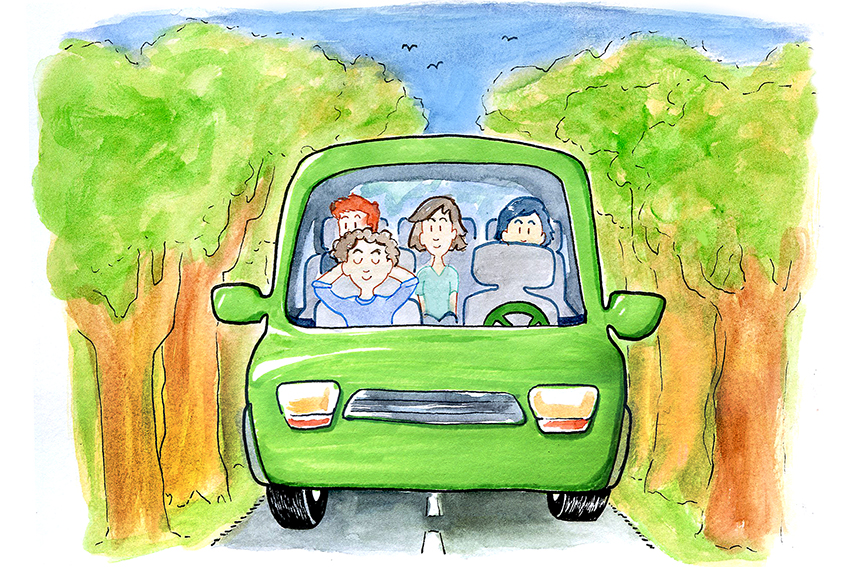 Autonomous vehicles have the potential to increase or decrease our carbon footprint depending on human behavior, according to civil engineers.

As the advent of autonomous vehicles approaches, many scientists and engineers attempt to weigh the various factors and determine their environmental impact. The only conclusion they can reach is that it is impossible to predict entirely, although the majority of the consequences boils down to travelers’ choices.

The most likely initial development will involve tech companies like Uber, Google, Facebook, General Motors and Ford offering dynamic ridesharing fleets of autonomous vehicles, said Jack Pilutti, a Ford employee who focuses on autonomous vehicles. Consumers may hold off on buying self-driving cars right away as it will be both expensive and not yet familiar, said Neil Quarles, civil engineer and UT alumnus.

“My fleet evolution simulations calculate that anywhere between 30 to 50 percent of vehicles on the road will be autonomous by 2045,” Quarles said.

One of his simulations calculates the miles traveled by different types of vehicles over time. His research shows that as the technology becomes more affordable, autonomous vehicles will account for up to 73.7 percent of privately owned vehicles by 2050.

“Much of public transportation is costly for the government, so there is a chance to save both economically and environmentally with incorporating (autonomous vehicles),” Pilutti said.

Many of the technological advances would be more fuel efficient because these fleets would have the ability to communicate between themselves, Pilutti said. This would allow for overall smoother driving, less breaking, less useless accelerating and even “platooning” — where several cars are able to align themselves at high speeds in such a way that minimizes air drag. Adam Nodjomian, a civil engineering graduate student who specializes in land use, said fleets and shared autonomous vehicles would require less parking space, which would lead to denser cities, more conserved land, and help reduce humans’ environmental footprint.

The tricky question is how autonomous vehicles will affect travelers’ choices, said Krishna Murthy Gurumurthy, civil engineering graduate student. It’s not hard to imagine that with the convenience of being chauffeured, many would choose to drive more often and live further away from work, he said. A crucial aspect of travelers’ behavior is how likely it would be for individuals to share autonomous vehicles. Gurumurthy is trying to prove that using fleets is both very feasible and economically advantageous. He has simulated daily routines of individuals using fleets, showing they will suffer little to no loss of time or convenience. It would obviously be cheaper to not own a personal vehicle, and there would be no cost of parking, Gurumurthy said.

“If travelers’ patterns, as in routes they took every day, remained the same, the net effect on the environment would almost surely be positive,” Gurumurthy said. “The main problem is empty miles, or (autonomous vehicles) traveling with no passenger en route to the next one.”

In order to encourage technology crossing over to policy, some UT civil engineer graduate students have proposed incentive-based systems similar to carpool lanes that reward those who use shared autonomous vehicles. It is not outrageous to consider incentivizing shared autonomous vehicles over costly and inefficient personally operated vehicles, according to Nodjomian and Gurumurthy, as it would cut costs in public transportation and reduce fuel emissions. Prioritizing the environment in future autonomous vehicles policy discussions does not have to be an economic expense, Nodjomian said.