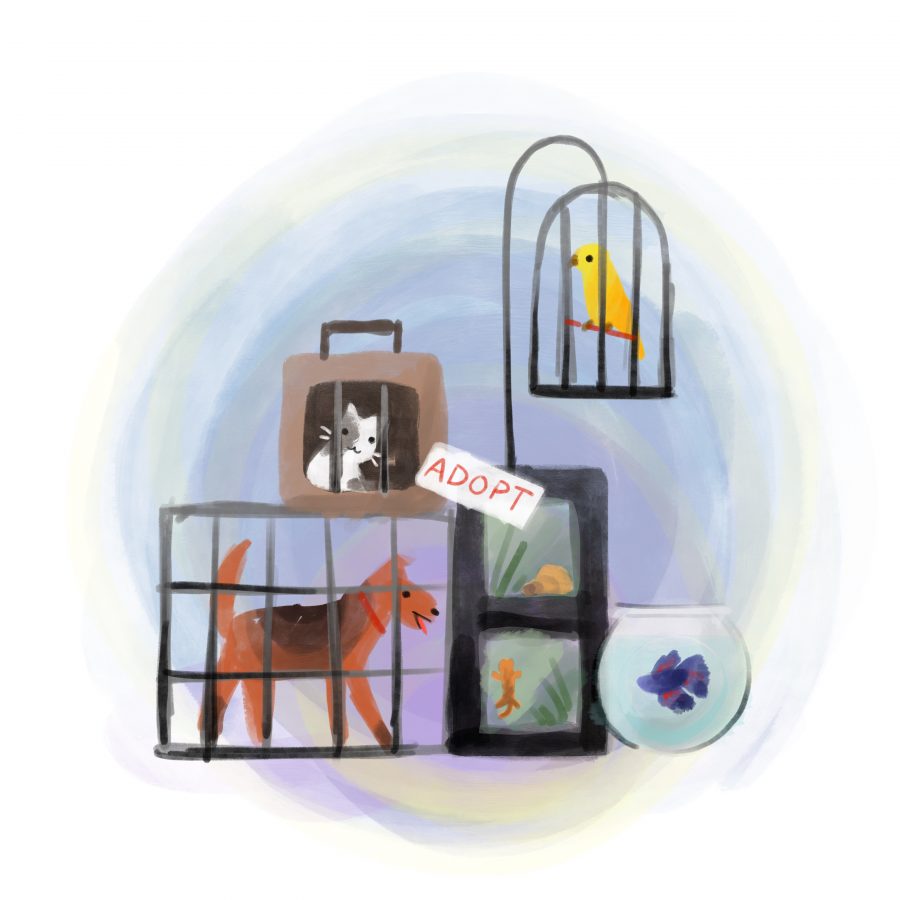 Although UT student Katya Vallejo was captivated by the puppies cavorting in the Austin Animal Center, her mission was clear: She was there to find the perfect service dog for her boyfriend Neven Garcia, an Austin Community College freshman who has epilepsy.

“Service dogs are really expensive,” said Vallejo, a Mexican-American studies and Plan I freshman. “So we’re looking for a puppy that can grow up and adapt and learn how to take care of (Garcia).”

Vallejo and Garcia may find the dog they’re looking for at the Austin Animal Center, which recently celebrated a “lifesaving record” of 97.9 percent for 2017, up 1.5 percent from 2016.

The term lifesaving record refers to the percentage of animals who leave the shelter alive, said Jennifer Olohan, media and communications manager.

“One way or another, almost 98 percent of our animals left alive to go to homes, foster care or different rescue partners,” Olohan said. “We’re really proud of that.”

AAS logged a total of 8,093 adoptions and reunited 3,363 pets with their families in 2017, according to a press release.

“Dogs and cats are better with families that love them,” Olohan said. “Our (staff does) an awesome job caring for them, but they’re still in a cage. The goal is to keep them home.”

The shelter has implemented a number of community-centered programs in recent years that shift the focus to making sure pets don’t end up in the shelter in the first place, according to Olohan.

“With Animal Control, it used to be that if you found a dog you’d put it on a truck and take it to the shelter,” Olohan said. “Now our team does everything they can to keep that dog in the community because they have a better chance of finding their families. They’ll spend time in the field trying to locate lost pet owners, which is almost unheard of in other places.”

In one such community program, volunteers walk the streets and inform pet owners about resources AAS can provide, such as free dog food or leashes.

“A lot of times people will say, ‘I don’t have a crate for my dog, take the dog,’” Olohan said. “We’d rather say, ‘Keep your dog, who you love and who loves you, and take the crate.’”

The dogs that end up in the shelter have no need to fear, however. Austin Animal Center is the largest no kill shelter in the United States, according to the center’s website. AAS also enthusiastically accepts volunteers, Olohan said.

Ramya Yedatore, biomedical engineering and Plan II freshman, is one such volunteer. Yedatore, who lost her own dog two years ago, said being around the dogs at the shelter never fails to relieve her stress.

“It’s nice to play with dogs that don’t get much attention or that have been cooped up in cages,” Yedatore said. “All of them deserve so much love, and you can tell the difference between them being in the presence of people and not.”