Who killed the college apartment? 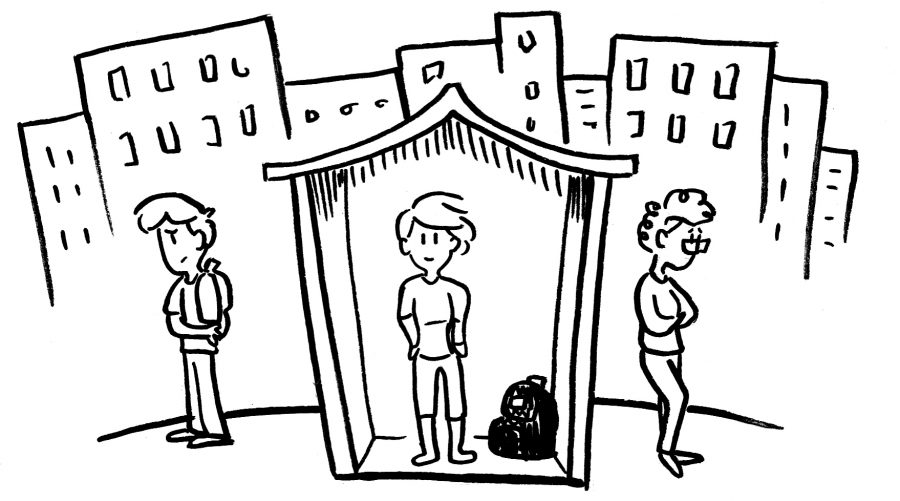 For Longhorns, apartment hunting just plain sucks. Nowhere is this more apparent than in West Campus, where skyrocketing rents and mismanagement of complexes have made renting an expensive and stressful experience.

So why is rent so high? On one level, it boils down to supply and demand in a booming city. When so many students compete for a limited number of beds near campus, the natural result is that the market charges more for an apartment.

But there is another factor at work here, and you may have heard of it: Austin’s gridlocked transportation system.

Our campus housing crisis would be less severe if we had more living options, either next to campus or within easy reach of it. With more competition among renters, West Campus residents might not need to lease their apartments years in advance. And Rylan Maksoud, a Plan II freshman who made headlines when his lease was improperly terminated, wouldn’t have such a hard time finding an alternate place to live.

So, how exactly does traffic fit into all of this?

If you want to live somewhere with a convenient commute to UT — especially without a car — practically the only option is to live right next to it. Austin’s continual failure to invest in public transportation has further restricted housing options for students.

While new apartment complexes in West Campus continue to propagate, rents haven’t yet gone back down. As expensive and crowded as the neighborhood can be, students continue to flock to West Campus to live within walking distance of UT. That’s one reason why UT shuttle ridership to outlying student neighborhoods like Riverside and Far West dropped by 25 percent last year; thousands of students chose to live in West Campus instead.

If Austin had a train, bus, helicopter, or anything that doesn’t get stuck in traffic, then our housing situation might look very different. Students could get to campus from other parts of the city quickly and reliably, even on Saturdays and Sunday mornings when UT shuttles don’t run. Late-night study sessions and club meetings would no longer be a privileges of students with a window view of the Tower.

Students and staff could choose to live in the outlying suburbs along a transit line, where housing is more affordable. This would take the pressure off the housing stock near campus. And the presence of the line would convince many motorists to take free public transportation instead of driving in, which would free up precious space on MoPac and I-35.

So, why is finding housing so difficult? Just look at the taillights.