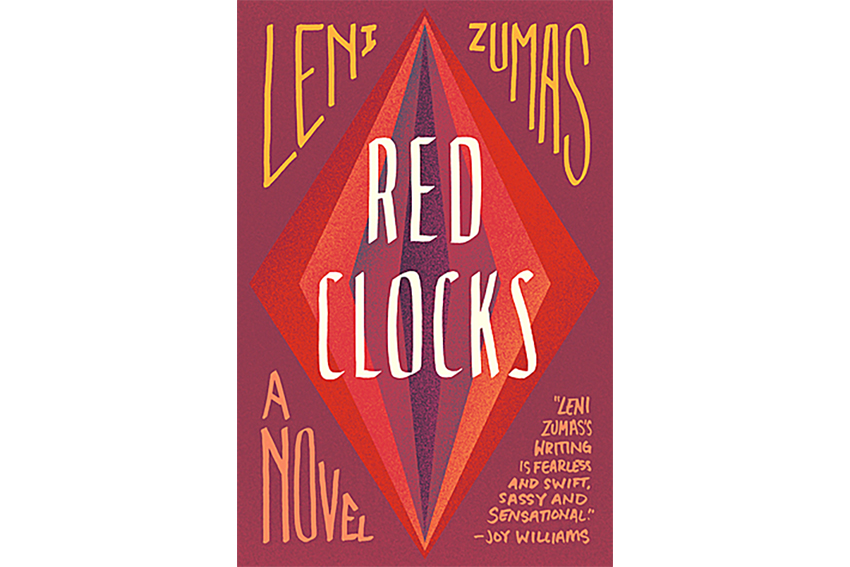 Courtesy of Little, Brown and Company

Leni Zumas’ “Red Clocks” follows the lives of four women in a small Oregon town in a version of America where abortion is murder, in vitro fertilization is a thing of the past and single-parent adoption is no more.

These changes are all the result of the personhood amendment, which provides every embryo with the rights of life, liberty and the pursuit of happiness. In many respects, Zumas’ fictional America is one constitutional amendment away from our own.

Unlike many female-centered alternative universe novels, such as “The Handmaid’s Tale” or “The Power,” “Red Clocks” creates a world parallel to our own, created with a few simple acts of legislation. Somehow that makes the women’s struggles all the more haunting.

Zumas manages to create a realistic world while not focusing solely on the details of the setting, unlike many alternative reality novels that find themselves caught up in world-building. Zumas spends a majority of the novel focused on the nitty-gritty reality of her characters’ lives. Zumas does not make her protagonists heroes, or even completely likable characters, but real women with real struggles. Ro is dedicated and desperate for a child but can’t pin down why she wants one. Susan has the life Ro longs for, but the former finds herself resenting and sometimes flat-out hating her children.
Matti, a 15-year-old pregnant girl, finds herself constantly thinking of her own adoption and what possible futures her “bundle of cells” could have. The problems Zumas’ characters face are not consistently entertaining, but so understandable that they become enthralling.

One of the most difficult problems seen in the novel is brought up when Matti tries to seek an abortion. Her desire to end her pregnancy takes her first to the hermit Gin, then all the way to Canada, and finally ends in a random house. Matti’s journey echoes the pain many women have gone through to end an unwanted pregnancy.

The novel also finds itself reiterating traditional female perils such as the unfortunate, yet epic, life of Eivør Minervudottir, a polar explorer in “Red Clocks’” world and the inspiration for Ro’s book, whose discoveries changed the world but whose name was long forgotten.
Preceding each chapter, Zumas provides snippets of Ro’s book. While Eivør’s story first seems unimportant and confusing, she eventually becomes “Red Clocks’” unofficial fifth narrator. Eivør’s life explores some of the most traditional tribulations women face — not only did her life’s work have to be published under the name of a man, but she was disrespected because she did not dedicate her life to a family. The account of Eivør’s life suggests the struggles of modern-day women are achingly similar to those of a 19th-century woman.

While “Red Clocks” lacks a traditional dramatic climax, it crescendos with Gin’s trial, in which she is tried for committing an abortion. The trial is reminiscent of 17th-century witch hunts. Gin is a holistic medicine woman, frequently accused by the townspeople of being a witch. The trial, although intriguing, tends to lull along but sticks to Zumas’ authentic storytelling.

Overall, the novel presents something so rarely found in literature — an honest representation of the lives of real women. Zumas’ characters are neither good nor happy, nor do they always do the right thing. But that’s why they read not like caricatures of women, but as a breath of fresh air.