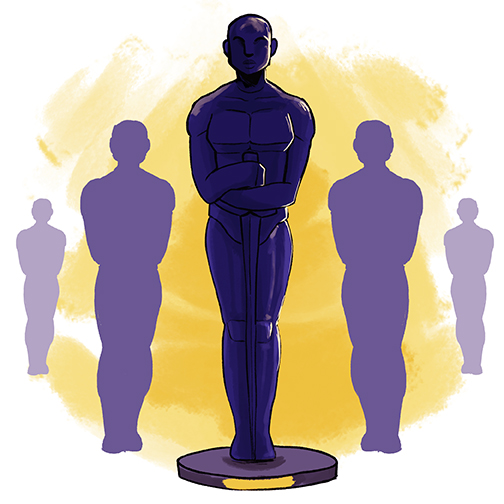 Jan. 31, 2018, may be a regular day for most UT students, but to the Delta Xi chapter of the Alpha Kappa Alpha sorority, AKA, it is a day of much needed celebration and recognition. The African-American sorority goes out of their way every year to make sure African-American freshmen are appreciated and recognized for
their achievements.

The annual Freshman Awards Ceremony honors the fall semester achievements of black students. The event includes a dinner, a guest speaker and multiple accolades. To be invited and to be considered for the Jackie Hawkins Scholarship, students must have at least a 3.0 GPA or higher.

Every year the family of AKA alumna Jackie Hawkins donates money to provide scholarship funds. This may seem like an average award ceremony, but to AKA it means so much more.

“For AKA, we have targets that we have to meet, and education enrichment is one of them,” said Kennedy Tatum, AKA’s Freshman Awards Committee selection chair.

Tatum said AKA wants to be perceived not just as a sorority that does service work but as one that enhances its community and the black student body. She also pointed out the lack of recognition that is present on campus toward the African-American community, especially since it is such a small one.

The feeling of invisibility can be understood when minority groups make up such a small part of the
student body. According to UT’s website, black and African-American students only make up about 4.6 percent of the University’s population.

“I think it’s really important to let black students know that our achievements are important, too,” Adeola said. “We recognize that it’s really difficult to be here on a campus where a lot of the population doesn’t
reflect you.”

Tatum and Adeola said the awards are not just about the recognition and exceptional academics of a campus minority group, but the gratitude of their dedication and volunteer service in their communities.

Adeola also said recipients of the Jackie Hawkins Scholarship are the best of the best at UT, and they also continue to succeed in college and their careers after being honored.

Despite the work and efforts Alpha Kappa Alpha does for the black student community, it seems to go unnoticed, even among the students it seeks to honor.

Biology freshman Samuel Oshoba, one of the many African-American students invited to the ceremony, said he had never heard of an event like this at UT.

“It’s equally as important as all other racial groups to be recognized,” Oshoga said. “A lot of black students may not have the same support system or figures to look up to as their white counterparts. I think it’s an excellent idea.”

For some of the black student population, they may feel like outsiders their first year on campus, but AKA’s Freshman Awards Ceremony strives to help them feel like a valued and welcomed Longhorn.